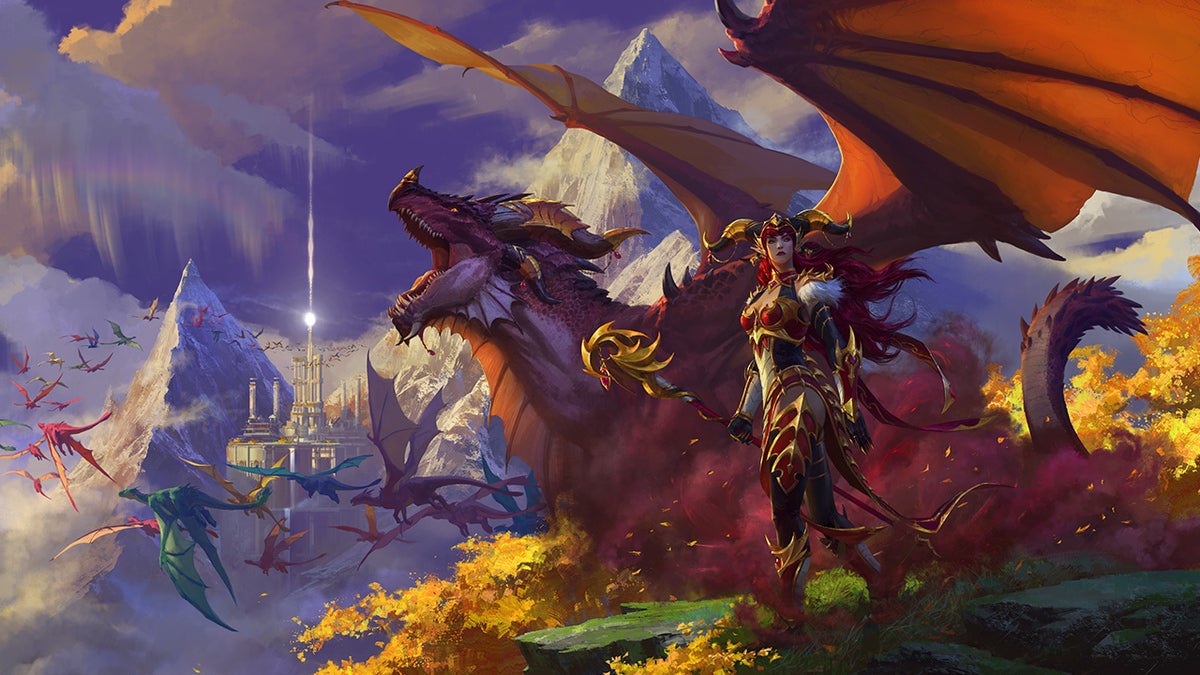 Unlike several recent expansions, Dragonflight will open with a much more upbeat tone as explorers and adventurers arrive at the shores of the ancestral home of dragons, who have recently awakened after being hidden away for centuries. Dragon characters who have already played major roles in World of Warcraft lore – such as Alexstrasza, Kalecgos, Ebonhorn, and Wrathion – will return for major storylines. As usual, there will be new quests, dungeons and raids related to this expansion and this zone, which will be revealed later.

Dragonflight expands the level cap to 70 and introduces four new leveling zones to take players there, which they will explore in order: the lush, lava-filled Waking Shores, the vast Plains of Ohn’ahran, the Azure Span ice and Thaldraszus – the seat of dragon power and home of the new player hub, Valdrakken.

The Dragon Isles will also include a fifth zone – a starting zone for an all-new hero class, the Dracthyr. Dracthyr are draconic beings that can switch between dragon and human forms, and can be part of the Alliance or the Horde. Dracthyr is tied exclusively to one class, the Evoker, who can specialize as either a healer or a ranged damage dealer.

Not only will the Dragon Islands allow players to be dragons, but every player will also be able to ride them. Dragonflight will introduce Dragon Riding, a new mount system with features much more robust than typical flight. Players will team up with a customizable dragon that will gain new flight abilities as the expansion progresses, eventually allowing them to fly, dive, spiral, and dash across islands. The Dragon Islands are designed with this flight in mind, as it’s available from the start, and is therefore a much more vertical area than we’ve seen in previous expansions.

Along with these new additions, a number of World of Warcraft systems are being overhauled. The UI is getting an overhaul to allow for much more customization than before without having to download any additional mods, and the profession system will implement features like work orders, gear, and stats specific to the profession and the return of specializations. Most notably, the talent system is also getting an overhaul to allow players to allocate points in talent trees for both their class and specialization across all levels.

Registrations for the Dragonflight alpha and beta will soon be available on the official WoW website. Blizzard has yet to announce a release window for Dragonflight, although in our interviews with the team they reassured us that they won’t be releasing it alongside World of Warcraft Classic’s upcoming expansion, Wrath of the Lich King, which is due later this year. .

We spoke in depth with Game Director Ion Hazzikostas and Lead Narrative Designer Steve Danuser about the new hero class Dracthyr Evoker, the big changes to core WoW systems in Dragonflight, and rumors of a WoW console port. We also spoke to WoW Classic maintainers about some of the changes coming to Wrath of the Lich King Classic, and where Classic might go next.

Activision Blizzard is currently facing serious ongoing allegations of harassment and mistreatment of marginalized workers. To learn more, please visit our timeline as well as our in-depth report on the subject.

Rebekah Valentine is a reporter for IGN. You can find her on Twitter @duckvalentine.