Was there ever an area in an MMO that you just hated? 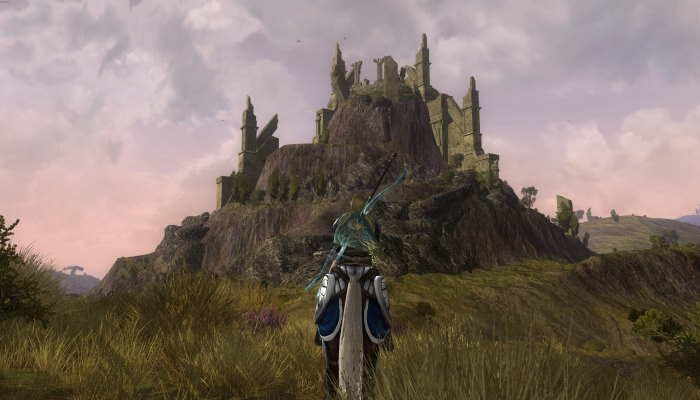 The Lonely Lands. God, I can hear the music playing even just writing those three words. The Lone Lands is, without a doubt, the area I hate the most in any MMORPG I’ve ever played.

The fact is that this connection area in The Lord of the Rings onlinewhich connects the main center of Bree-land and the Woodland Trollshaws, is not inherently a wrong zoned. It has iconic sites, from the Forsaken Inn to the great watchtower of Amon Sul on Weathertop. It is an important highway in Middle-earth and is seen in the books and movies as an important location.

Yet the Lonely Lands bring me desolation and boredom. This is the area where my alts are going to die and nearly killed my love for the MMO, if not the genre as a whole.

Since I leveled my main character through the lonely lands, I’ve found many areas in many MMOs that I don’t like. More recently it was World of Warcraft Stronghold of Shadowland. This area has often reminded me of The Lone Lands, with its glacially slow history and leveling and utterly uninteresting landscapes.

For me, however, what makes LotRO‘s Lone Lands so bad is the time I spent there as my main hunter, Eldalye. Back then in 2007 when I was starting my Kinship (which still survives to this day!), I did a lot of my recruiting around the 25-30 level. Many of the players I signed were lower level, so I stayed to help them catch up. Unfortunately for me, that meant I kept postponing my own quest in The Lone Lands proper. I would run to the Shire to help a Hobbit through some of the quests there, or I would head to the elven havens of Ered Luin.

I even spent a ton of time in the lush grasslands around Bree-town helping a few of our members catch up with the Lonelands. However, by the time one person catches up, we would need to help out a new recruit. At one point I dreaded having to leave these interesting and diverse places to return to the desolate plains of eastern Eriador. I spent a month browsing through The Lone Lands content until a few of my friends that I had helped, who have now progressed past me, came back and saw me through it.

Even today, the thought of questing in The Lone Lands gives me pause, and it’s one of the reasons I don’t really have high level alts in LotRO. In fact, many of the alts I created went to their MMO graves when I started content in this area. It’s just not an area I enjoy, and sadly, to play through the main storyline, I can’t exactly ignore the North Downs area. Hell even going to Weatherstock is a chore some years cause I really do not want to return to the area under any circumstances.

In the end, The Lone Lands, through really no fault of their own, became the area I hate – Bradford’s Bane, I named it because it sometimes saps my will to continue in the MMO. And you? Is there an area in any MMORPG you’ve played that you feel the same way? Why and what is it? Let us know in the comments.