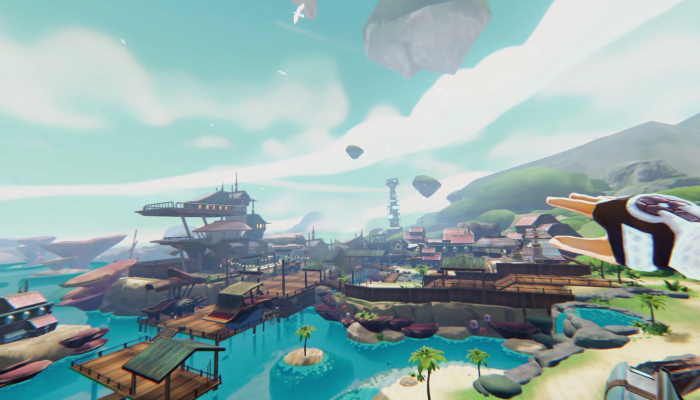 RamenVR, the studio behind VR MMO Zenith: The Last City, announced today that it will donate the first $100,000 in revenue from game sales this week to the Ukrainian Red Cross. This is in a bid to send more humanitarian aid to the war-torn country as it battles Russia, which invaded last week.

Aid poured into Ukraine from all over the world after the Russian army invaded the country late last week. Game developers and studios offered their support, as well as taking a stand against the Russian invaders, including Belarusian studio (although now headquartered in Cyprus) Wargaming.net, which donated $1 million dollars to the Red Cross to help those affected, including their employees at Wargaming Kyiv.

RamenVR is also helping, as the development team announced today that they will donate the first $100,000 from game sales this week to the Ukrainian Red Cross to help continue ongoing humanitarian aid in the country.

Additionally, the team hopes it will also inspire those who can to donate, as they recognize that it may not be as much as others in the grand scheme of things, but as an independent studio. , this is a significant amount.

Here is the statement in full:

Our goal with Zenith has always been to create a world of understanding, where diverse cultures could meet and make friends in harmony. This is why our hearts break as we watch the crisis in Ukraine unfold.

At the same time, we have team members in Ukraine who witness these horrors and who have asked for our help.

As a result, this week we will be donating the first $100,000 of game sales revenue to the Ukrainian Red Cross and United Help Ukraine to provide humanitarian relief.

As a small studio, we know this is just a small donation in the grand scheme of things, but we hope our contribution can help raise awareness and inspire others to donate as well. (Please do it) We hope for a peaceful resolution to this tragedy soon. #Pray for Ukraine