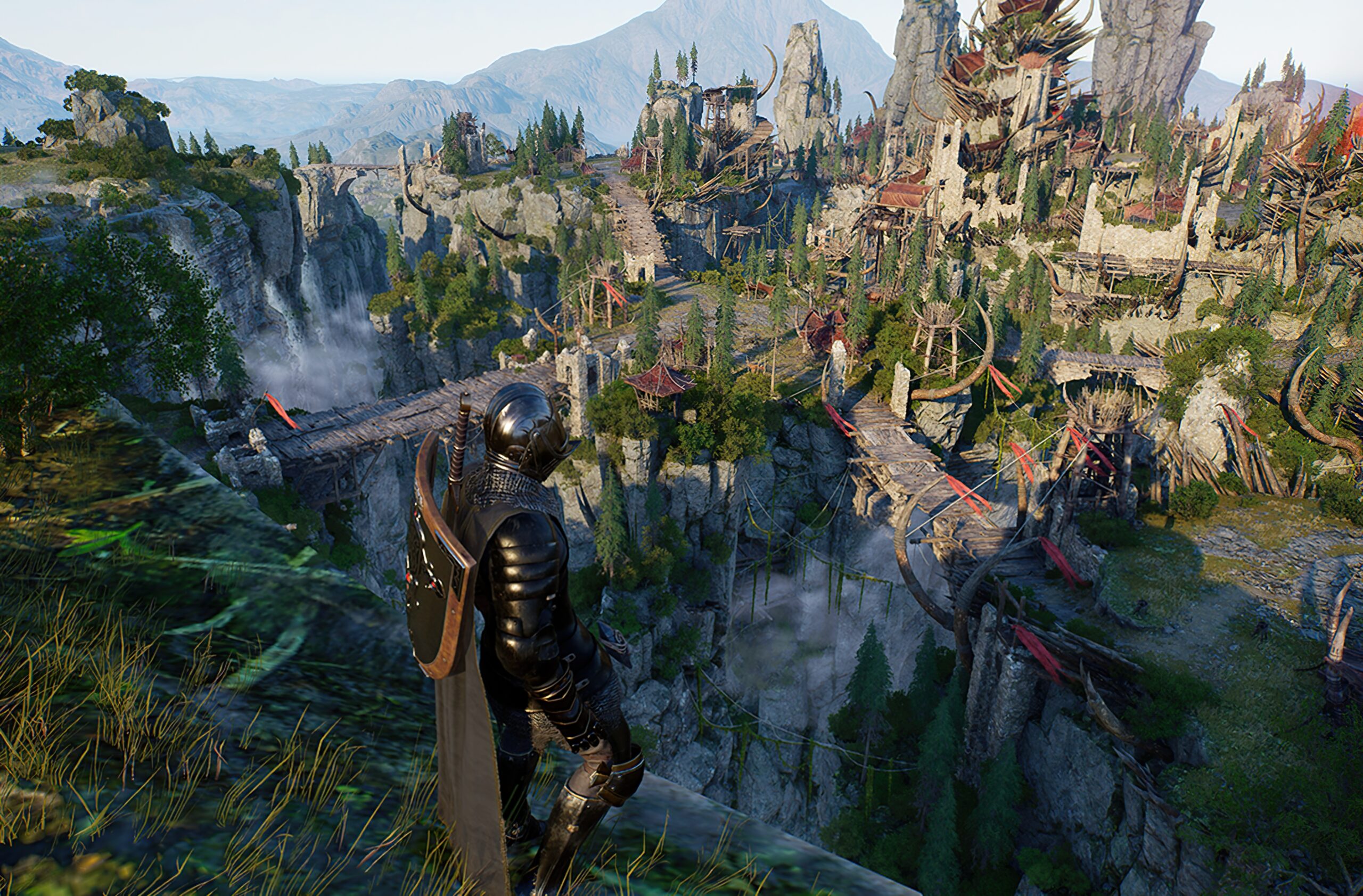 Today, during its Q2 2022 earnings report (via Ruliweb), NCSoft announced the postponement of next-gen MMORPG Throne and Liberty to H1 2023. They also confirmed to be in talks with Western partners ( rumored Amazon Games) to release the game overseas.

As recently reported in the media, TL is discussing the best time and partner for strategic overseas expansion from a strategic perspective. The reason is that TL is kind of in the domestic game. Especially in MMORPGs. This has significant implications for the overseas success we had before. In terms of open innovation rather than how it was done. How to collaborate internally and externally available to succeed. We think strategically about the possibility of creating synergies. Currently, it is scheduled for the first half of 2023.

During the Q&A session, NCSoft executives also promised that Throne and Liberty would avoid “overpayment” elements while alluding to Battle Pass.

It is designed in a way to avoid P2W. By the way, even in the global environment, there is a change in the partial payment model. In-game items such as Battle Passes in North America and Europe. Partial payment model is accepted. In fact, all major game companies have an extended gabil period and increased entry quantity. In this situation, in order to maximize profits, driving sales through live services like NCsoft will be the differentiator. By adjusting this well, avoid excessive P2W. If the quality of the game is balanced, I think it will perform well in the global market.

Finally, NCSoft said there was a recent internal Throne and Liberty gaming test that involved over 3,000 participants. Testing will soon open outdoors, involving players from around the world.

Throne and Liberty is coming to PC and consoles in the first half of 2023.