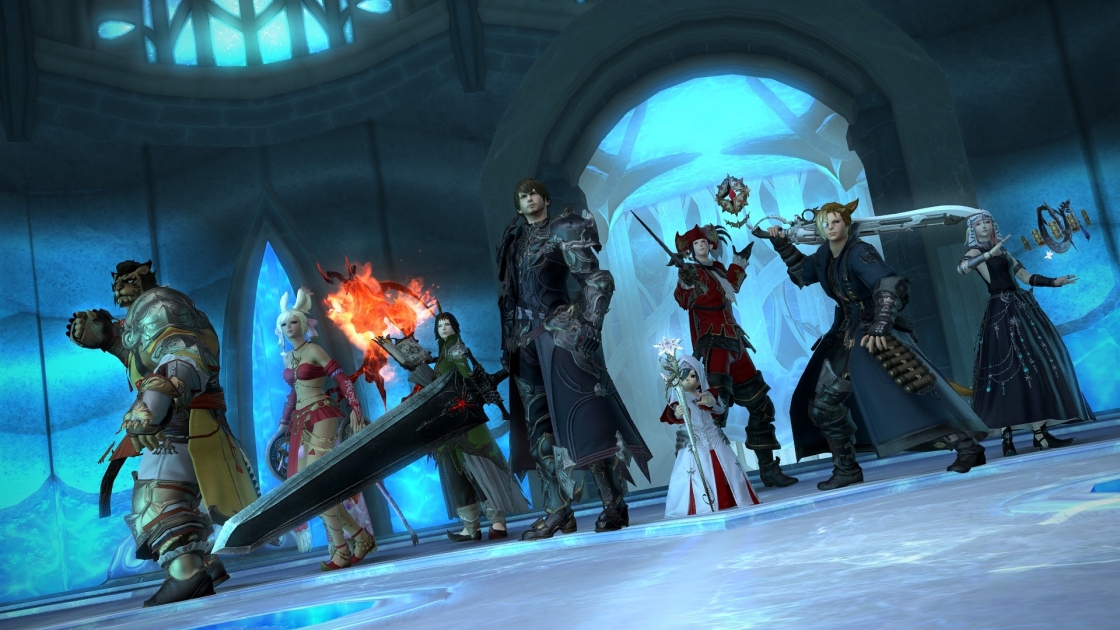 Sometimes it’s more fun to play with other people. There are plenty of fantastic PC games that put you in the shoes of a lone hero, but some of the biggest and best games are massively multiplayer online games, or MMOs. These are vast games that get a constant influx of new content and allow you to play with hundreds, thousands, or millions of other people.

Due to their continuous nature, MMOs offer pricing systems more in line with mobile games. Some MMOs have monthly subscription fees; others are free titles that charge you for small amenities. Additionally, many offer premium bundles that include additional customization options, weapons, cosmetics, or other features.

MMOs offer hours and hours of gameplay where you level up your avatar, upgrade levels, and gather better armor and weapons to take on even greater challenges. If you dedicate your time to these seemingly endless games, you’ll inhabit new worlds filled with characters controlled by people just like you. The experiences you have and the people you meet can be potentially endless. Ready to explore all of this and more? Discover our favorite MMO games on PC.

Black Desert Online cares little for throwing newbies into its convoluted depths. Its beautiful fantasy landscape is packed with systems including combat, trade, and diplomacy. BDO allows you to do more than undertake adventures; you collect resources, craft them into other objects, and have them moved from place to place by automated workers. BDO is the type of MMO where you’re just as likely to spend your time being a blacksmith as you are a wizard.

You and your crew play as Guardians, immortal warriors who roam the solar system to eliminate interplanetary threats. This sci-fi shooter has seen many changes since its launch in 2017, such as switching to a free-to-play model, adding the Destiny Content Vault, and increasing the number of planets. Destiny 2 is one of the most action-packed MMOs you’ll find on PC, so it might be your bag if you dig Call of Duty.

Space empires rise and fall in Eve Online free game. It’s the king of sandbox MMOs, a game that places you in a cosmos filled with spaceships, pirates, and player-made corporations. Eve Online is more of a social experience than a game, as it forces you to engage with a vast universe of potentially ferocious existing users just to survive. If you decide to give it a try, you’ll find Eve Online to be one of the most rewarding and unique games ever made.

Final Fantasy XIV is the MMO that beat the odds and challenged World of Warcraft dominance. After a rocky launch, FFXIV got its second life in 2012 with the release of A Realm Reborn. Now the MMO just keeps getting better and better, with a fantastic story, great graphics, and all the aesthetic flourishes of the long-running Final Fantasy franchise. It’s a great “theme park” MMO alternative to Blizzard’s World of Warcraft. The base FFXIV game costs $19.99, with a monthly subscription starting at $12.99.

If you don’t want to go the microtransaction or monthly subscription route, then Guild Wars 2 might be the MMO for you. You pay a one-time price for entry, which is currently $30 for the standard edition. With this unique loadout, you not only get an excellent PvE experience against ancient dragons and infamous ancient beings, but also one of the best player versus player (PvP) MMOs. Objective-based Deathmatch and PvP modes really showcase Guild Wars 2’s excellent action-focused combat.

If a lore-rich fantasy world packed with nearly 15 years of content and support sounds like the MMO to you, take a look at The Lord of the Rings Online. Based on the massively influential works of fantasy by Tolkien, you create a character and experience adventures that unfold alongside the events of The Lord of the Rings books.

Naturally, the main characters and antagonists make appearances throughout the main storyline, but you also enjoy many smaller adventures in each of the highly detailed and iconic game regions. If you want a welcoming and free experience in a classic fantasy world filled with an enjoyable story and actionable deeds, you can’t go wrong here.

Runescape is an MMORPG that has been around for ages: 20 years in fact, and still going strong. Despite its age, Runescape remains popular, receiving frequent updates to keep longtime fans happy and engaged.

The game found its footing long before the archetypal MMO character trinity (tank, DPS, and healer) became popular, so it uses a rock-paper-scissors system where melee beats range, range beats magic and magic. magic beats the fray. Gameplay is largely a point-and-click affair, but it incorporates a mix of combat scenarios, social interactions, quests, and mini-games. Runescape is easy to get into, and its laid-back atmosphere and old-school style may captivate you enough that you never want to leave.

You may have forgotten that developer BioWare maintains an ongoing MMO. The free game Star Wars: The Old Republic is the successor to Star Wars: Knights of the Old Republic, a classic RPG that brought BioWare firmly into the mainstream. While fans of this RPG might bristle to engage with MMO concepts, such as parties, dungeons, and raids, The Old Republic offers incredible storytelling. Each of the game’s eight classes has their own stories and companions, and the reduced leveling allows you to enjoy the game like a single-player RPG.

The Division 2 has the unfortunate burden of having a premise that seems tailor-made for current events. Following the appearance of the Green Poison, society was thrown into chaos, forcing an underground organization called The Division to step in and restore order. You play as a member of The Division, a group tasked with rebuilding New York and Washington, DC to their former glories. If you have a military fixation, this might be the MMO for you.

Digital Extremes’ brave action-RPG has grown a lot over the years. What started as a mission-based persistent online game has expanded to encompass so much more. It now features open-world environments like Destiny, where you can soar across a planet’s surface on a hoverboard or soar through the stars on a Railjack spaceship. The free-to-play nature of Warframe means it takes a lot of time or money to level up or get the best Warframes. That said, Warframe has a universe filled with 50 million players, so you’re bound to find a few dedicated partners.

Since its launch in 2004, World of Warcraft has been the MMO to beat. Azeroth is one of the biggest and best MMO worlds around, one that lets you travel from place to place while battling demons, monsters, and other warriors at the command of the Horde or the enemy. ‘Alliance. WoW is one of the easiest MMOs to get into now that developer Blizzard has added a revamped starting area for new players and tweaked the leveling experience. The latest expansion, Shadowlands, takes heroes to the realm of the dead to explore The Maw, a roguelike dungeon.

If you’re a returning veteran longing for the halcyon days of WoW, Blizzard is also running World of Warcraft Classic, a release that mirrors the state of the game’s launch year.

World of Warcraft Review (for PC)