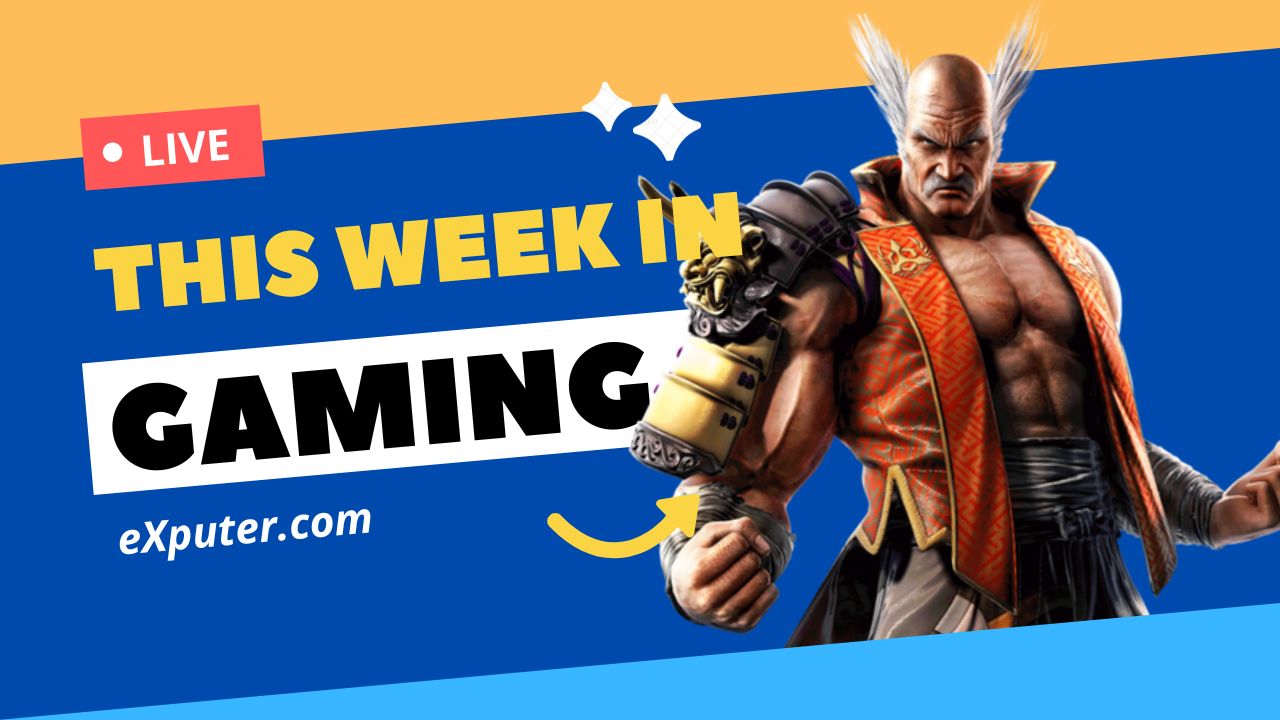 The gaming community has been very proactive in this intriguing year so far, with six months already history. eXputer’s initiative to turn a week of gaming news into a relaxing short video was delightful. The fourth episode of This Week In Gaming is already out, and it captured all the momentous buzz in the gaming community over the past week.

The episode merges major news from the past week into an 11-minute video with smooth music and engaging gameplay in the background. The previous week had been full of events; all previous good and bad days are discussed in the video alongside a summary that summarizes the content of the video.

Starting with the staggering achievements, Tekken 7 has become the franchise’s best-selling title, with over 9 million copies already shipped. The title also pushed the series’ overall sales to over 50 million in numbers.

My Nintendo Store has listed a demo on its official site for its upcoming hack-and-slash title, Fire Emblem Warriors: Three Hopes. Players can download the demo and test the game before purchasing or pre-ordering it as it is yet to be released.

Screenshots of the supposedly canceled Marvel MMO have surfaced online. The canceled MMO’s art style parallels animated movies like Spider-Man: Into the Spider-Verse. The creative style of the game had potential, but sadly it never saw the light of day. The reason for the cancellation is in the woods.

According to accredited industry insider Jez Corden, Bethesda’s next Indiana Jones game won’t be an Xbox exclusive as once rumored. In The Xbox Two podcast, the insider repeated, “I pretty much know that’s not the case.” and “I never said ‘India Jones was exclusive’.” The game will be available on platforms such as Microsoft Windows, Xbox, and PlayStation.

In a surprising turn of events, Jez Corden also said on The Xbox Two podcast that Tencent would be working on their iteration of the VR headset. He did not reveal much information regarding this alluring news. Tencent has taken some big steps recently, but this will be the first time Tencent has tinkered with hardware. Tencent has not commented on this crazy rumor.

The Pokemon Company confirmed its best financial year ever. The company made almost double its net profit in 2021-2022. Pokemon is one of the best-known franchises in the world and its demand is only growing over time.

Going from a healthy franchise to a brutal one, Dark Souls Multiplayer returns after nearly four months away. The servers have been shut down due to dangerous vulnerabilities that have been discovered. Fans have long awaited the return of Dark Souls multiplayer, fearing they may never see the light of day again.

Spain will be among the first countries to regulate look boxes. According to the official consumer account, the country is a “pioneer in Europe” in limiting the influence of loot boxes in video games. Officials haven’t revealed much information about how they will tackle the loot boxes.

Last week, several titles were revealed that are being removed from the list. The dungeon crawler, MISTOVER, will be removed from all platforms next month. Thus, players will no longer be able to download MISTOVER from June 30, as the service will end on this date.

Additionally, Soulcalibur and Soulcalibur II HD have been removed from the Microsoft Store. The first two fighting games in the series can no longer be downloaded. Gamers are scratching their heads because no one knows which group is responsible for the end of the games.

Ghost Recon Breakpoint players on Google Stadia have reported that their save files have started to completely disappear. Backup files are erased and replaced with new ones. The phenomenon has escalated and become a significant problem for Stadia users, with more and more players showing up with the same issue.

And the saddest news of the past week, Ray Liotta, the voice actor for Tommy Vercetti, has died at the age of 67. Ray Liotta’s spokesperson, Jennifer Craig, was the one who broke the sad news to The Gersh Agency. Ray died in his sleep in the Dominican Republic, where he was working on the film Dangerous Waters.