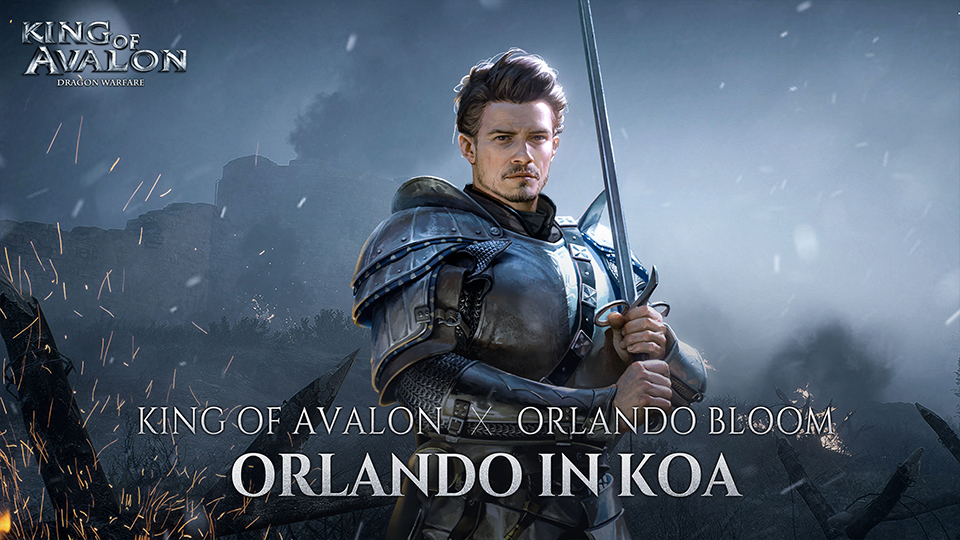 FunPlus, a leading mobile game developer and publisher, today announced a partnership with Hollywood movie star Orlando Bloom to bring his character to life in “King of Avalon”, the free-to-play medieval mobile strategy game inspired by from the legend of King Arthur. . The actor worked closely with FunPlus to create a fearless new half-unmelted Avalon hero, “Orlando the Nightshard.”

Starting today and for the next few months, Orlando will be a playable character with a custom storyline in the “King of Avalon” universe. Orlando leaves behind his iconic bow to take on the Nightshard Blade forged with dragon’s blood to lead the people of Avalon to victory.

Orlando Bloom arrives in “King of Avalon” with a blockbuster storyline that has become part of medieval strategy game lore. The new hero was once a famous and respected knight, until the Unmelted appeared – evil creatures that brought frost and terror to Avalon. One day, while traveling alone, Orlando was attacked by a horde, and while trying to fight them off, Orlando’s right hand was struck by a cursed blade of ice. Without hesitation, Orlando cut off his hand but the curse of that wound was more powerful than he thought, turning him into a half-unmelted state. When Orlando returned home, he found his traces of Unmelted instilling fear and hatred among the people of Avalon. So he became an outcast, heading to Dragonsholm City to find out how the Lord of this ancient land could receive a knight marked by the Unmelted.

To celebrate the arrival, King of Avalon has shared a gift code worth $10 with hero items related to this content: ORLANDO2022. This code can only be used once per account by Lunar Lords who have reached Lord Lv.16.