Spotlight on Indie MMOs: Free Play, Scams and the Raknar 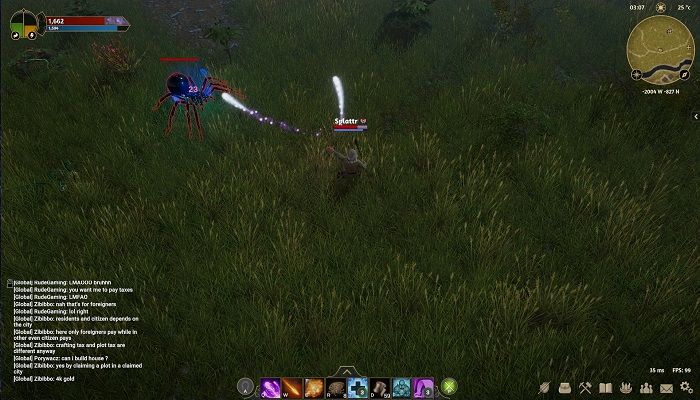 Before we get into all the goodness of last week’s indie MMO, it’s time for a PSA. Browsing the indie MMO channels on Discord, I’ve seen several warnings from developers about being careful if someone sends you a PM with an unsolicited invitation to download “their friends’ game”. With so many games listed here offering alpha and beta invites, it can be very tempting to accept one of these offers from an unofficial source. Unfortunately, this is a new (or maybe revamped?) Discord scam, and instead of a game, you’ll be downloading a virus. Remember to play it safe and only accept download links from trusted sources.

Enough about the dangers of the internet, let’s start with this week’s Indie MMO Spotlight.

A lot has happened since The Cycle: Frontier began its latest closed beta test last week. The PvEvP shooter had a busy weekend, and while Fortuna III’s wildlife can kill you, other prospectors are far deadlier. There were almost 30,000 Prospector deaths over the weekend and just over 26,000 were killed by other players. That’s still nothing compared to the nearly 216,000 monsters that have died at the hands of prospectors.

The closed beta also received its first patch on Thursday. Update 1.1 is packed with minor tweaks to lower rates, insurance payout adjustments, and the usual bug fixes. The biggest announcement of the week was the lifting of the NDA for the rest of the closed beta, so expect to see photos, videos, and reactions coming in.

Last week we mentioned that Novaquark was answering community questions about Apollo and Ares updates for dual universe. On Monday, Novaquark responded via a video where Sesch, general manager of the Montreal studio, was joined by Pann and Deckard from the community management team to answer submitted questions.

With the Q&A video, NQ also posted a dev blog covering LUA improvements and changes. It’s all Greek to me, but I’m sure some of you FROM script assistants will be able to decipher the code.

Wherever you find Crypto, chances are the scammers aren’t far behind. This seems to be the case with Ember Swordwhere Bright Star Studios fought bots on the ES Discord. Although no details were given, GameMaster posted an announcement on Discord stating that bots were impersonating the Bright Star team and asked anyone contacted to report it to a community staff member so that he can take care of the bot.

Who wants some foxhole merchandising? Siege Camp announced this week its partnership with Roba Roba to bring foxhole fans of high-quality, print-on-demand merchandise. The new store currently only has one item – the classic black foxhole Tee – but you can expect to see more articles in the future.

the Fracture Fall Alpha received a new fix Just in time for the weekend. Dynamight Studios has also opened the Alpha to all registered users (not Founders Pack necessary). the Free play event will run for the remainder of Fall Alpha, which is set to end on October 13. You can download the Fracture customer here.

Heleor announced the Genfanade Discord that it is planning an open Alpha test over the Halloween weekend (10/30 – 11/1). He hopes to use the event to test out a new area with new content, and maybe even work in some sort of PvP.

It’s been what…a week…since the last GV update? Update 290 is all about quality of life improvements, including the first iteration of the new quest log.

the Ilysia The Kickstarter campaign ended this week, with 1,548 backers smashing the $60,000 goal. If you are unfamiliar with Ilysia, you should check Quick look and interview with Kevin Ckick with Team 21 Studio to familiarize yourself with the VR MMORPG.

It’s been quite a while since the Crazy world to place has been updated, but this week Jandisoft announced that the third Alpha Test for its 2D MMORPG Crazy world will begin on October 11. They’re looking to attract over 20,000 users this round, so be sure to sign up. You can read all about it in our news article from the start of the week.

INSANE announced this week that they have selected participants for their 1st User Test for Profane. Did you succeed (I didn’t)?

Profane always post images and short videos of their development progress on Profane Twitter. If you missed them, don’t worry about scrolling through all their posts to see what’s up; they were kind enough to release a two-month-old compilation video to catch up with you. They even added some new stuff.

F4e project found its way to the Indie MMO Spotlight last week. This week we have another quick Beta Dwarf update. This time around, they’re showing off their recent work on a new enemy: the Cleric. At first glance, I’d say she worships an evil god.

the COULD the weekly update is out and Michi is hard at work updating the system boards (among other things). Find out what else Michi, Fabian and Nick are up to in Dev Diary #305.

Power Proc Studios made some announcements this week regarding realms of souls. First, they announced that their crowdfunding campaign would start on Thursday November 4th. Lasting 30 days, they will hold several playtests and events during the campaign to build some hype.

They also announced that a technical test will begin on Tuesday, October 26. You can read more about the two battlegrounds presented in the test on the realms of souls to place.

Finally, be sure to check out the SK site on Thursday, October 14 for the Second Class reveal. The first character revealed, the Ember Priestwas a spellcaster, so maybe this time we’ll see a melee class.

Dragonfire Entertainment has released another gameplay video for Trials of Ascension. Previous videos have introduced us to the Human and Dragon races, so this time around the the video highlights the Raknar. The video also shows gameplay for an upcoming race – the Vampire!

I almost forgot to check out the MMORPG subreddit this week. I’m glad I watched because there was a new Developer Spotlight for Valuebound. Valuebound is described by the developer as a “hardcore Full-Loot, PvEvP, Horizontal-Progression, Action Combat, MMORPG set in a mid-fantasy setting”. So let’s call it an MMORPG for short, shall we? Yes Valuebound looks interesting, you can follow their progress on the Scionica team website, Discordand Twitter 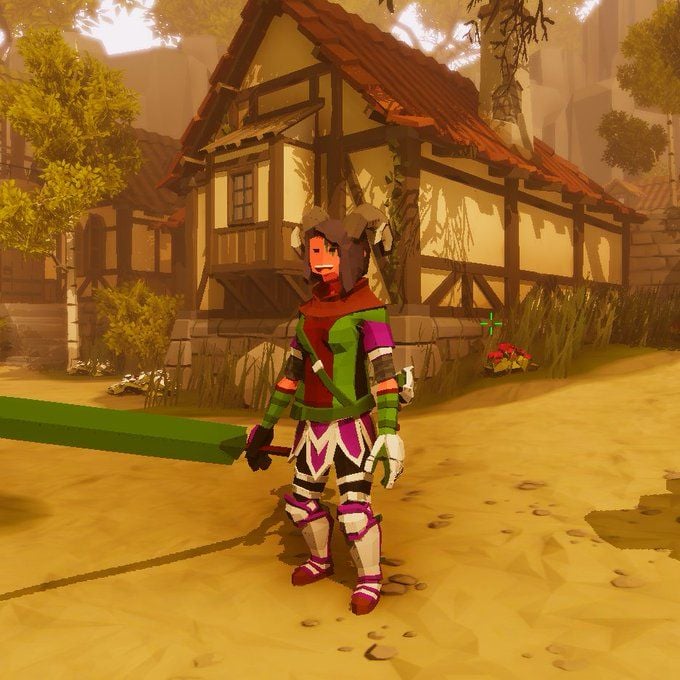