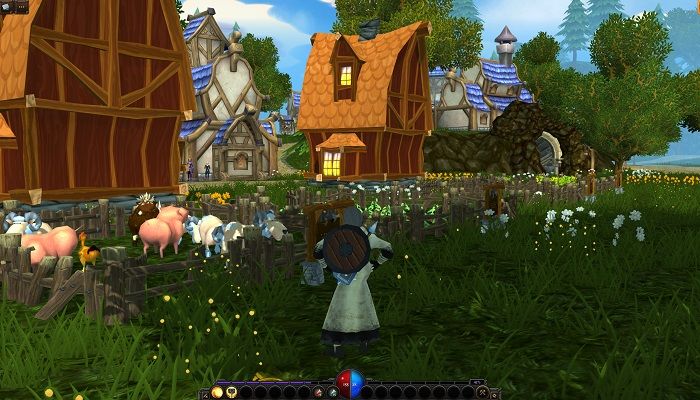 With less than three weeks left in 2021, the world of indie MMOs is as busy as ever. Alphas and betas are still ongoing, holiday events are starting to ramp up, and there’s enough concept art and development videos floating around to keep you busy for hours. So let’s stop wasting time and get things moving with this week’s Indie MMO Spotlight.

TMO Travelogue got a big update this week. You can read about all minor updates here. However, the great news is that the update includes Skill Pack 1 and Achievement Pack 1. The Skill Pack adds six new skills to the game, while the Achievement Pack adds twelve achievements to earn on your travels.

Artificial Core released a new progress update video this week. Again, this is not good news. Where is it? The bad news is that the corepunk The beta is delayed until next year, which should come as no surprise considering it’s mid-December. The good news is that progress is still being made, but not as fast as expected. And instead of rushing into beta just because of delays, the team is waiting until the client is truly ready for release.

A new series of videos, Life on Fortuna III, debuted on the Yager Development Twitch channel this week. The pilot episode featured a variety of video clips from the recent beta test.

VentureBeat reported this week that Bright Star Studios negotiated a new investment deal, attracting twenty new investors for Ember Sword. While it’s still unclear how well the next generation of blockchain MMOs will fare with gamers, this round of investment has attracted several industry executives and influencers.

Siege Camp shared their latest foxhole devblog of the year this week. In addition to a brief recap of 2021, we were treated to a preview of the 2022 roadmap which includes Update 48 in early 2022, followed by the major update of foxhole 1.0: Part 2 later this year.

2021 may be coming to an end, but weekly updates from Gloria Victis keep coming. Update 299 is all about the previously mentioned combat upgrades. These changes include UI updates, faster attack speeds, and weapon block resistance, to name a few.

Hordes.io Update 0.40 went live on Saturday. Along with the usual bug fixes and behind-the-scenes upgrades, all classes have received new spells and abilities. You will be able to test these new skills on the new world boss, Gloomfury. There are also a ton of other changes, and you can find the full patch notes over at Hordes.io Discord channel.

If you like everything Ilysia, you’ll definitely want to check out this tweet sharing over a dozen original concept art.

Take a look at some of our original concept art for Ilysia! Which one do you prefer ? ??#VR #indiedev #indie game #MMORPG pic.twitter.com/oniSqKlCu3

Jandisoft announced that the Crazy world Alpha Test 4.0 would run from December 20 to December 24. You can check all the details at our news article.

Legacy of the Mist received a new update this week. Version 0.1.7.0 includes a new level cap of 35, new bosses to fight, and new crafting skills to master. You can read all the changes on the Mist Legacy Steam Page.

INSANE shared lots of concept art and videos on the Profane Twitter account, and this week they shared a short video of all things pew pew pew.

Hello community! ??How do you feel about seeing how other visual effects look? Today we bring you projectile studies for the Life and Light elements. pic.twitter.com/NBq1eTowQQ

Dev Diary #314 may not be that exciting on its own, but it does mention that the secret project the team is working on will be revealed before Christmas.

Lots of things about the RotMG devblog again this week – Oryxmas, BB_Smooth, and one Kensei Event. 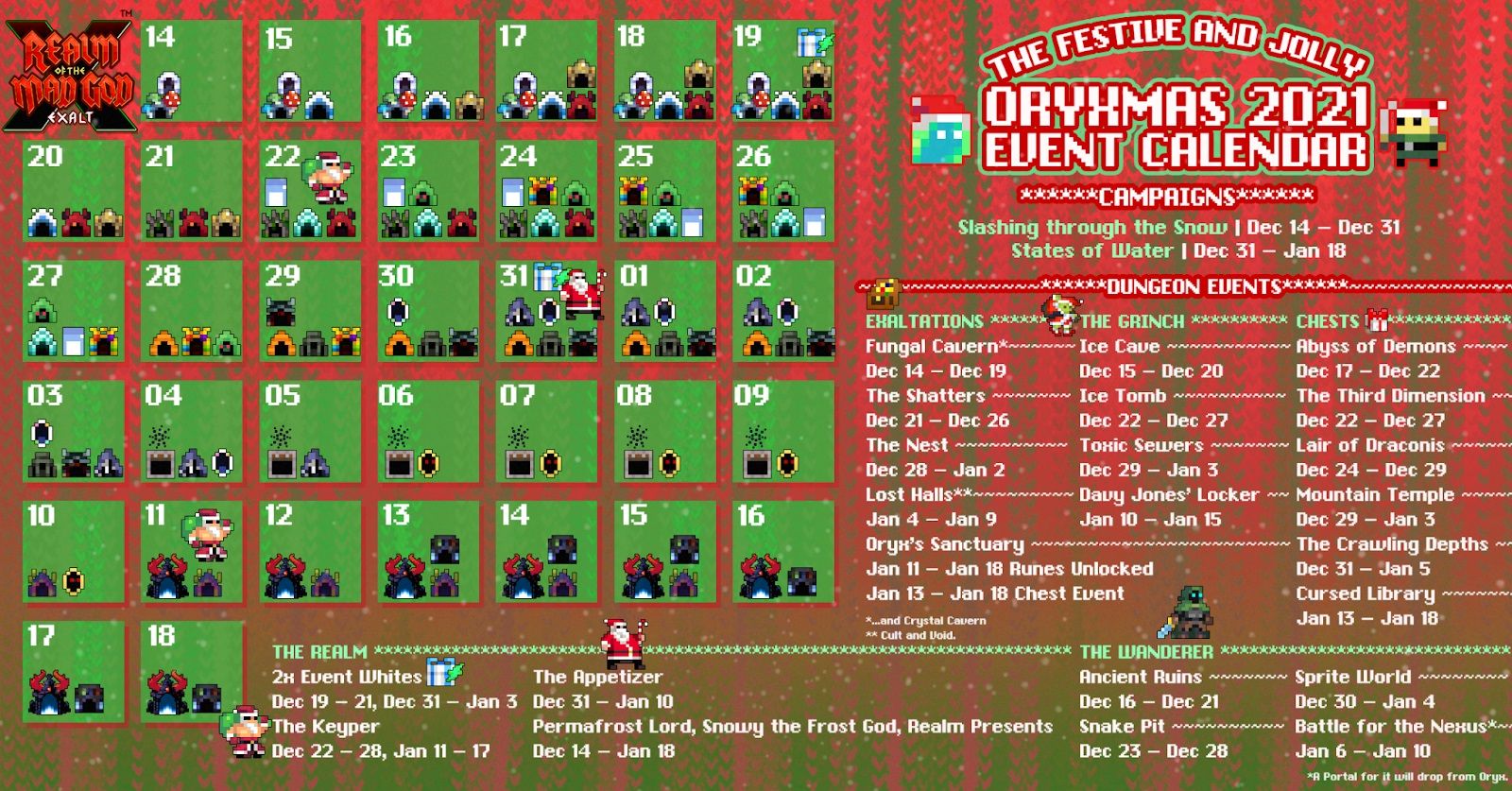 Just in time for the holidays, there’s a new ATT merchandise store. It’s a bit rare at the moment, but they offer greeting cards with illustrations of one of ATT community members, OtherVal.

I’ve said this before, but one of the best parts about the following indie developers is how much they like to show off their work in progress. Like this ordeal of a dragon setting fire with its fire breath.

It’s the joy of the holidays in Villagers and Heroes at present. In addition to the Grinchta’s Lair event area and the Secret Santa gift exchange, the 12 Days of Christmas event started this week. During the event, there will be a new contest every two days, giving players a chance to win 12 gifts (2 per event). You can read all about the 12DoC event on this forum post.

It had been a while since The Wagadu Chronicles was in the IMS, so I was happy to come across a tweet sharing a video of the UI flow for the character builder. They say it’s only the first draft, but it already looks pretty good.

Take a look at the first basic draft of the UI flow for our character builder ????‍????‍??. It was created by our programmer, Sarah, and 3D artist, Marcin. #afrofantasy #noir #Afrostar #MMORPG #Game development pic.twitter.com/IFzYv390QZ

— The Chronicles of Wagadu | MMORPG and 5E settings (@WagaduChronicle) December 7, 2021

It is time for a new Valrei International. This time, the Developer Update features an upcoming update that will add new visuals to stone objects (pillars, benches, fireplaces, etc.) that will reflect the type of stone used to create the object. 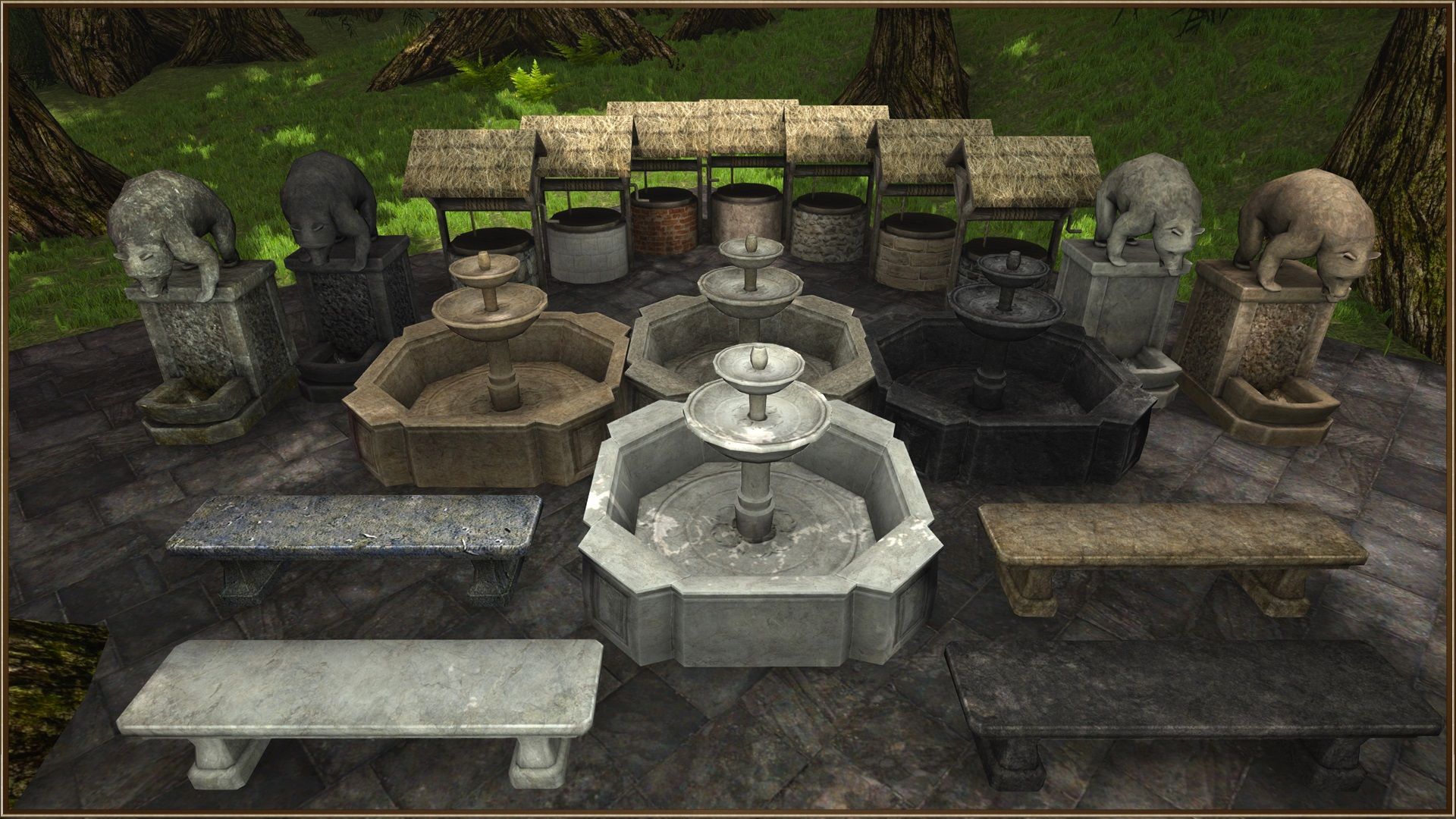 Tribe VR released a new video this week. It’s called Zenith Baseball (with swords). I’m not sure what this has to do with baseball, but they really have fun finding new ways to kill things with swords.

Lost Ark is a Diablo-like MMO that promises late-game thrills, if you can survive the smoldering start