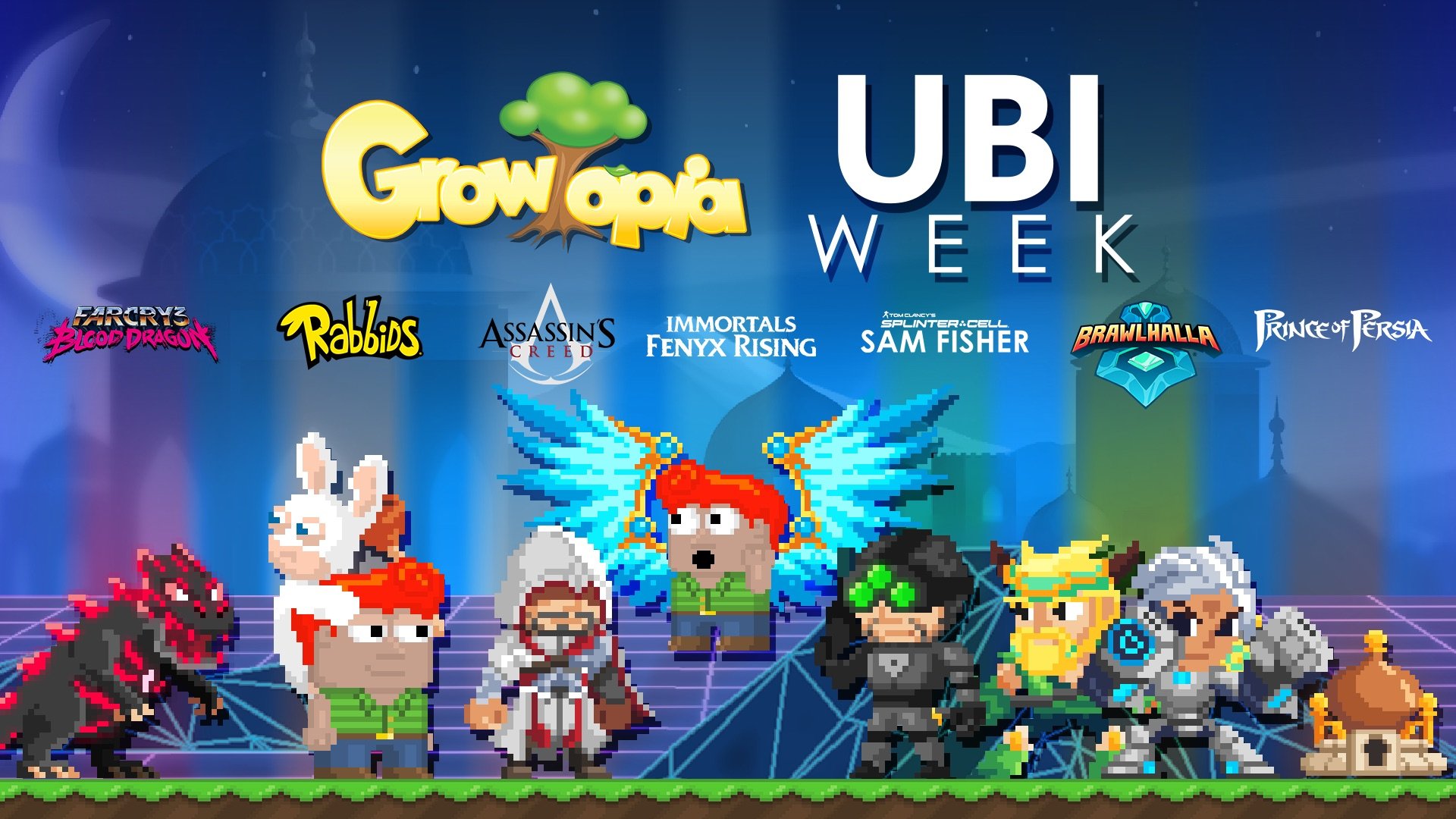 Before going into details, let’s remember what Growtopia is.

Growtopia is a 2D sandbox MMO with a simple aesthetic and a minimal interface. The game offers you three main actions: build, grow and hit. With these, you have to grow things from seeds, fend off enemies, fill your world with cool stuff, and visit other players’ worlds to make friends and cause trouble.

Growtopia’s tagline is Be Anyone and Create Anything, which pretty much sums up the experience.

Each game will have its own unique impact on your Growtopia universe, ranging from the subtle to the dramatic.

The Assassin’s Creed event will transform your avatar into a miniature version of Ezio, the Thief of Rebirth.

In Tom Clancy’s Splinter Cell event, you’ll have the chance to fully transform your character into everyone’s favorite elite field operative, Sam Fisher. With this iconic outfit, you’ll be the sneakiest agent in all of Growtopia.

Prince of Persia, on the other hand, will completely take over your world and all players to transform it into an exotic complex of palace locations filled with spikes, stone columns, and more. This event will also add parallax scrolling to the game, which is a neat touch.

In a crowd-pleasing move, the Far Cry III: Blood Dragon crossover will give you a Blood Dragon pet that follows you around and blasts your enemies with neon lasers, while the Immortal Fenyx Rising event will equip your avatar with the Wings of Daidalos.

For Brawhalla, players can transform into Bödvar, which has specific animations for equipping, moving, and hitting that, in keeping with Brawlhalla’s fighting style, can be used when falling or jumping. The same goes for transforming into Val, which has two silver and dark blue gauntlets spawned when equipping.

Rabbids, on the other hand, spawns a Rabbid with a piston on the player’s back when equipped. This allows players to unleash a unique type of attack when they strike, as the bunny fires pistons at their target.

The UbiWeek event starts on January 24 and ends on January 30. You can participate by downloading Growtopia for free on Android or iOS.