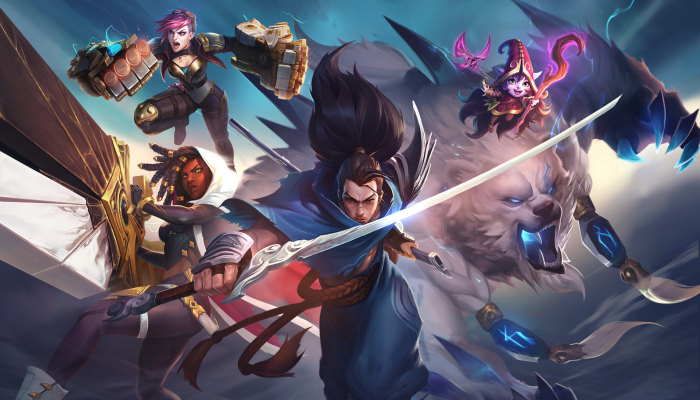 Riot’s next MMO set in the League of Legends universe is still under wraps, although the title’s executive producer, Greg “Ghostcrawler” Street, lifted the veil a bit last weekend. When asked about the approach to party content in the upcoming MMO, Street discussed their philosophy behind it for the upcoming MMO.

MMOs devoted to group content versus catering for players who want to play solo is a hot topic around any upcoming game in the genre, especially as more and more MMOs move away from forcing the groups to complete the content. For many, myself included, while it’s nice to have the ability to play solo, an MMO’s community can tend to get lost when it’s not the focus of the content.

When asked about how Riot’s next MMO will approach party content, Street gave an overview of the design philosophy the team adopts for their MMORPG.

“It’ll be vague, but our philosophy is that if you want to play a single-player game, there are some great ones out there,” Street said. replied on Twitter. “Horizon! Go on ! Character! Shout out to Scout: WotR! If you want to play a game with a community, with friends, then play our MMO.”

It will be vague, but our philosophy is that if you want to play a single-player game, there are some great ones out there. Horizon! Go on ! Character! Shout out to Pathfinder WotR! If you want to play a game with a community, with friends, then play our MMO.

Street states that it’s intentionally vague here, so it’s unclear if there won’t be any content you can solo, or even how the group content will manifest. But if you’re someone looking for an MMO that has the community and the way they interact with each other, it looks like Riot’s approach to building their next MMO is on that path.

Street also answered another question about the design approach to the MMO as a whole. When asked if Riot’s approach is more “this is how we want our MMO to be, take it or leave it,” or if it will be driven by community forces, Street replies that it’s “closer to the old.”

@Ghostcrawler I don’t know if you can answer this now, but when designing the MMO, do you approach it like “This is how we want our MMO to be, take it or leave it” or “It seems popular with the community, let’s add it.”.

So closer to the old one, but it’s not like a painting where we don’t really care if someone likes our art or not. We want a vibrant community to love our art, and we’ll make changes to make them love it more. But we won’t try to please everyone. It doesn’t lead to great art

Riot has announced, or rather finally confirmed, that they are working on an upcoming League of Legends– Themed MMO in December 2020. The team has been working largely undercover since that announcement, although Street has offered a preview of what they’re creating via their Twitter account.