Pokemon finally has a MOBA, so where’s the MMO? 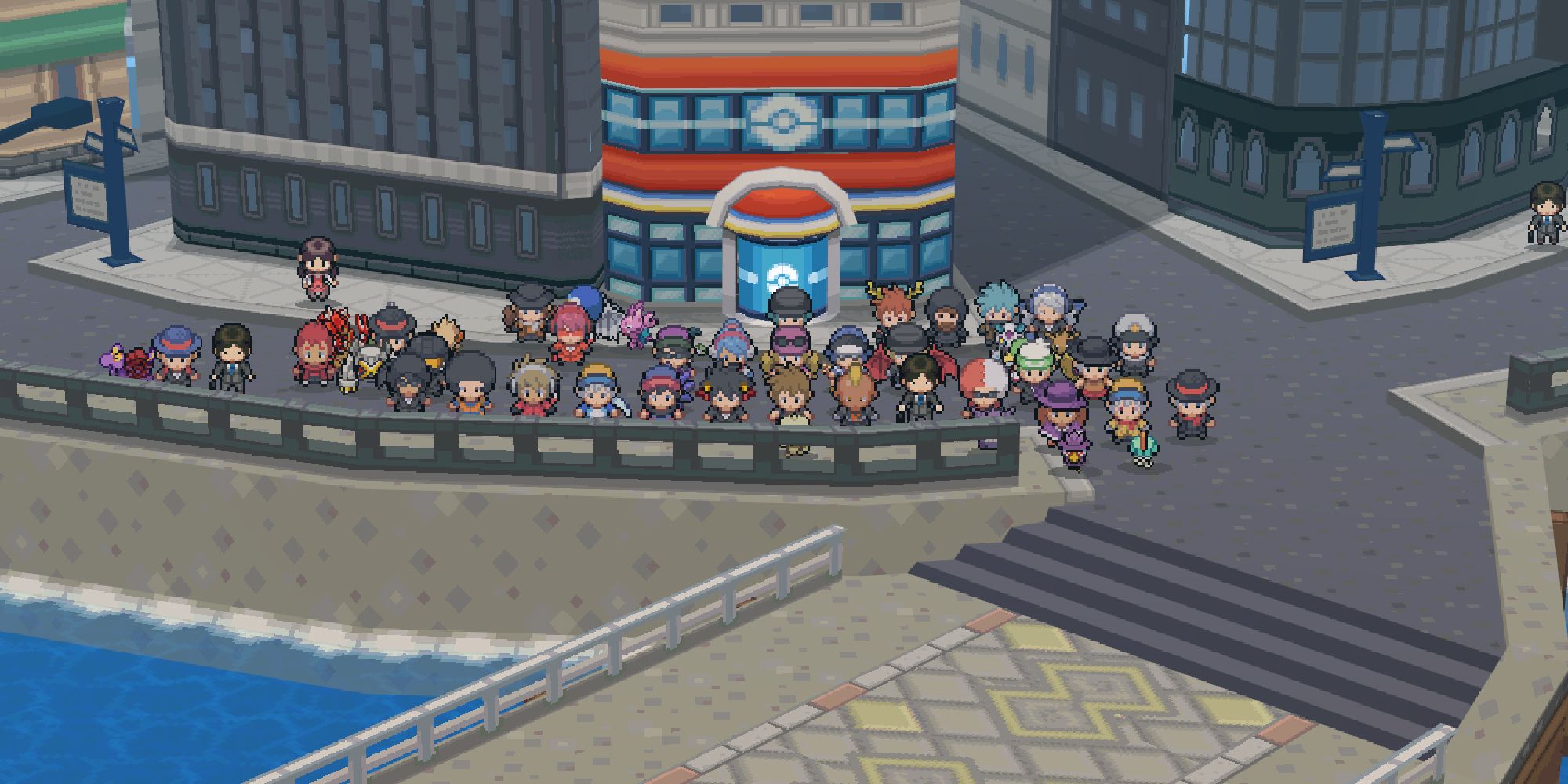 Pokemon has branched out into other genres more than ever in recent years, taking on augmented reality, “open world,” and even MOBAs, but Nintendo is still nervous about MMOs. Massively multiplayer games are all the rage right now – just look at the login queues of Final Fantasy 14 or the fleeting but monumental buzz of New World. There’s a desire for these collaborative worlds, a void to be filled, and Pokemon is the perfect setting – so much so that there are already over a dozen fan-made worlds, be it TemTem or Pokemon Revolution. . Nintendo would be remiss not to at least try.

Pokemon is about trainers who venture across the world to complete their Pokedex while battling other trainers to be the best. There are gymnasiums, entire regions to discover, and nefarious plots of shady corporate capitalists. It is written. Why fight NPC trainers when you might run into other players? We’re told that kids have their own ‘mons and venture out into the larger world all the time, so why don’t we see more of them? Pokemon is a living universe but the base games don’t reflect that, not like an MMO would.

It shone more than ever in the fan-made. I used to play a lot of PokeMMOs in high school, rushing home to boot up my shitty Dell computer so I could load up and explore Kanto with my buds, catch ‘mons in the tall grass together. Pokemon has always been something to share with others, a common passion – trading cards, collecting version exclusives, and now things are even more collaborative in Go. It’s strange that Nintendo hasn’t tapped into in this global community feel with something a little more complimentary.

My best memories are not the single player games. It’s not the time I caught Legendaries in a dimly lit cave, trainer after trainer with an over-leveled Infernape, or when I finally got my first Shiny. My best memories are the ones I spent with my friends – swapping a Starly for a Gyarados, getting my ass kicked in an MMO because I refused to get rid of Bidoof, or walking around Newcastle on my birthday. with Feebas, catching mons on my phone while my buddy and I were talking about the good old days.

I still cherish that literal encounter where you’re face to face, touching your DS, but the wider global community is closed off because Nintendo’s approach is increasingly analog. It’s desperate to hold on to this multiplayer game has been, often unaware of what it may be. Unite understood. It’s a MOBA that’s easier to get into and you can play it with anyone anywhere, bringing together Pokemon fans from around the world to battle it out. There are no restrictions. With a top-tier global franchise that continues to grow in popularity, it only makes sense to give fans a place to gather and celebrate that love.

To unite is not it. It’s a fun hobby that will bore you if you take it too seriously or bore you if you don’t. It’s basically League of Legends with a neat Pokemon aesthetic. But the mainline games are the perfect template for an MMO – give them a multiplayer component, overhaul gyms to make them “dungeons” for raids, or add literal dungeons in the form of caves and ancient ruins. The potential is limitless, and Legends: Arceus already shows what a semi-open Pokémon world can offer.

Imagine roaming each region with your best friends, sharing and organizing your parties, becoming strong together. Forget NPC rivals and fake friends – you’ve got the real deal here. It’s a less lonely experience, something with more longevity so you can invest in the ‘dex like with Go, and something that can continue to be built on, giving Pokemon fans a central hub for this wonderful pass. -virtual monster catching time. A hub they can enjoy together.

Next: Forget Pokemon, Who’s Playing Any Game for the graphics?

James is a photo/news editor at TheGamer with signings at IGN, VG247, NME, and more. You can contact him at [email protected]