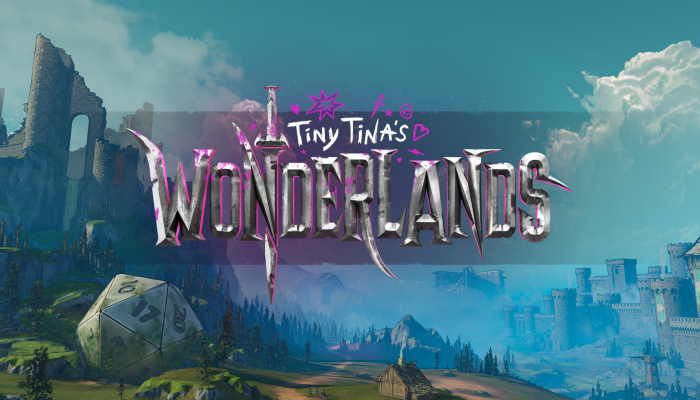 The wonders of Tiny Tina from Gearbox Studios, best known as the creators of the Borderlands franchise and most recently Borderlands 3, which was my GOTY for 2019. It’s an entire spin-off inspired by the fan-favorite Tiny Tina’s Assault on Dragon Keep Downloadable content from Borderlands 2, which was more swords and sorcery than mad gunfights. I had the chance to play a vertical slice of Wonderland last week. Does he capture the same magic of his inspiration?

For the demo, there were only two classes available – the Graveborne and the Stabbomancer – but in the full game there will be a total of six playable classes. For my first race, I initially chose the Graveborne. It plays much like a pet class and has a small Demi-Lich companion as a class feat that tracks and helps attack enemies. He also specializes in black magic, which appears to be a new type of element introduced in Wonderland, and many of the support skills in the tree are designed around it. There are two main action skills to choose from: Say Sacrifice, which sacrifices health to deal area damage to all nearby enemies, and Reaper of Bones, which heals and buffs the player but takes an ever-increasing amount of damage. damage until the effects wear off. .

Both classes start at level 9 in the demo, but the Graveborn is already pre-built with all skill points allocated in the tree, so I couldn’t adapt it to just any playstyle. During my game, I managed to reach level 12 at the end – thanks to the choice to complete all available side quests. I wish I could have explored the skill tree a bit more, or higher, as there is a support skill in the Graveborn tree called Lord of Edges that would seem to fit perfectly with the action skill Reaper of Bones . The lower the health, the more damage you deal and reduce damage. Combined with a strong life leech, which many skills and weapons both include as modifiers, it might be possible to always have Reaper of Bones active where you’re constantly buffed. Am I already doing theory? May be. But isn’t that one of the joys of Borderlands games anyway?

The gameplay is almost exactly like Borderlands 3, but with one major change: the grenade slot is replaced by spells. Spells can range from launching magic missiles to summoning hydras and even summoning an ice storm. The nice thing about spells is that they don’t take ammo like grenades, and they can be cast simultaneously even while firing your weapon or reloading. It just adds a new, more versatile tool to your arsenal and will help reduce TTK, or Time To Kill, while you’re battling hordes of goblins or taking down flying wyverns. Unfortunately, it looks like health pools have been increased for enemies as well. Compared to Borderlands 3, enemies felt like more bullet sponges (or arrow sponges) than before.

For my second run, I chose the Stabbomancer, which acts as a rogue-ish type class. His two main action skills are Ghost Blade, which summons a giant rotating blade, and From The Shadows, which turns you invisible and turns every hit into a crit. At first I wanted to use the stealth/crit skill as it works very similar to how FL4K works in Borderlands 3, who was my main character to play. But after playing more with the spinning Ghost Blade skill, I had more fun summoning a giant, purple, swirling death blade. Its damage is also affected by the melee weapon you have equipped, which made me worry about the weapon I had equipped, unlike my Graveborne. Scrum ain’t something I tend to do Borderlandsbut it seems that it will be more important in Wonderland, at least with the Stabbomancer.

While I was in the skill tree menu, a message about class skills mentioned that at a certain level – and probably after reaching a certain part of the story in Wonderland – you can choose a secondary class. This means you will have access to skill trees for two separate classes, action skills, and even feats for both classes. Ultimately, this means there will be a total of 15 different class combinations, allowing for more unique builds and specialization than before. It’s a much better system than just having multiple skill trees for a character like the previous one. Borderlands entries, and it reminds me how Torchlight III manages its skill trees by selecting a character class and then a relic which unlocks another skill tree.

But it wouldn’t be a Borderlands Game (or now, Wonderland) with no loot, and damn it, there’s still heaps and heaps to be had. Even at level 9, I found enough loot to fill my inventory frequently. I also have a habit of always picking up every new piece of gear because I want to try out all the new weapons and spells. Eventually I had to settle for only picking up blues and purples (and the elusive LEGENDARY items, one of which I managed to find in my time!). 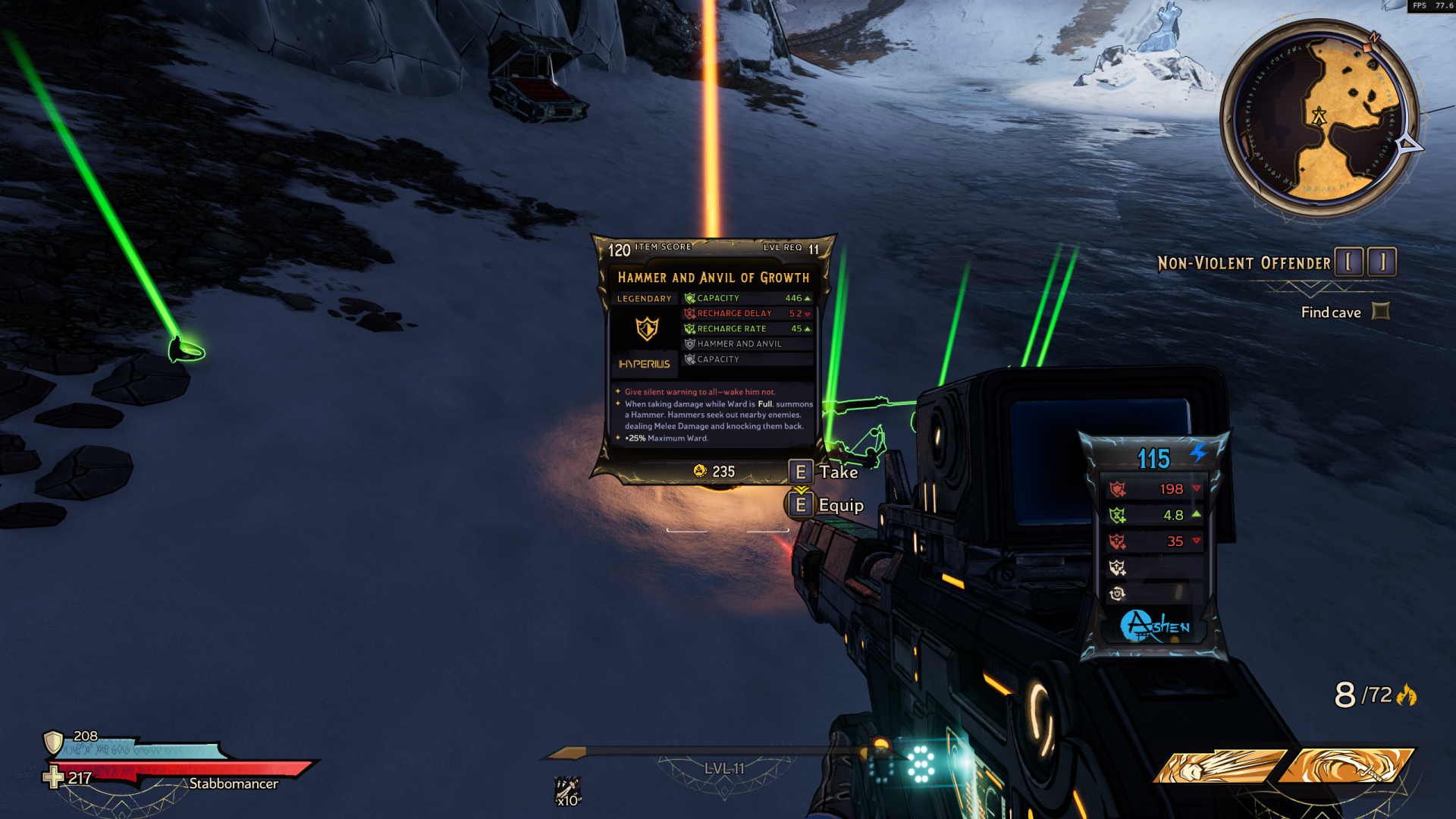 There are new gear slots in the character screen, including a melee weapon slot, as well as rings, an amulet, and an armor slot which appears to replace the old mod slot of BL3 class. The new Armor-type items are particularly interesting because they not only change the outward appearance of your character, but will also add extra points to certain skills, much like class mods would. Rare gear can also include skills from two separate classes. At first I thought it was a mistake, but then I discovered the secondary class system. This adds more dynamics to the loot tables and I’m excited to see what other items will have dual class skill mods as well.

I had a hard time understanding the different item types and manufacturers at first, as they all had different names, but soon realized that they were essentially all the same with slight variations. Wonderland does not exactly take place in Borderlands universe on its own, but I appreciate that fans of the series still have some familiarity with the various weapon manufacturers and their weapon trends. Instead of Jakob pistols, they’re now black powder pistols (and crossbows) that work exactly the same and have a similar old-school aesthetic. Dahl is now Dahlia, Anshin is now Ashen, and so on.

SMGs seem to have had the biggest overhaul, at least in terms of how they work, and now have different projectiles depending on what they’re shooting at. Fire SMGs, for example, fire orbs of magic that arc and explode on impact, dealing AoE damage. Bolts fire a stream of lightning and arc between enemies, which is great for clearing out groups. Meanwhile, the Poisons will fire a particle beam as if straight out of “Ghostbusters”. It promotes experimentation, at least initially, with all new weapons and types. I always felt more comfortable with the traditional style guns, but it’s fun to see that Gearbox is still pushing the payload when it comes to weapon diversity.

Speaking of pushing the payload, the wonderful and talented Ashley Burch returns as the titular Tiny Tina and not only sometimes acts as the narrator, but also plays a wonderful DM. Burch really expands his vocal performance range by doing what a DM would do and voicing many different characters you meet in the world. This gives Wonderland a more authentic feel of what it’s like to play a D&D campaign with your friends. The addition of other recognizable actors, such as Wanda Sykes as Frette, Will Arnett as Dragon Lord and Andy Samberg as Valentine, make Wonderland a force when it comes to pure talent. Unfortunately, other than occasional banter between Sykes and Samberg as “real life” characters, there wasn’t much dialogue between them all to get a feel for their characters. I can only hope that in the full game their voices will get more airtime. 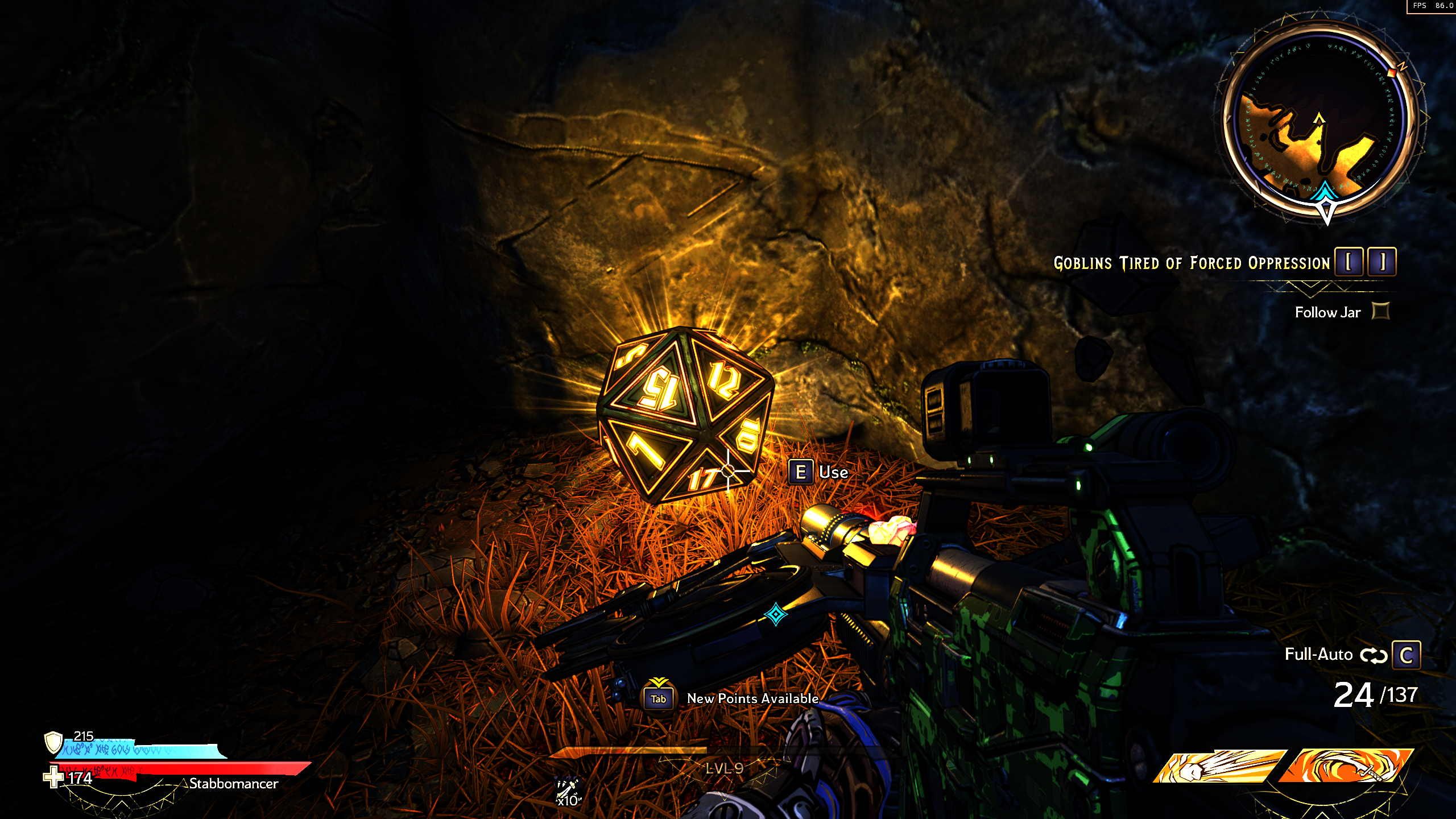 Finally, a new item to get loot from are Lucky Dice, which are large golden D20 dice hidden around the map. These dice act as treasure chests, while increasing your loot chance, which increases the chances of finding better and rarer loot. A Lucky Dice is also where I found the only legendary item through my parts of this preview. This, and other hidden collectibles to find, prompted exploration in a way that I didn’t experience as rewarding in a Borderlands front game. I couldn’t find all 19 lucky dice hidden in this preview, but I know that when Wonderlands launches on March 25, I’ll be combing through every nook and cranny to uncover them all.