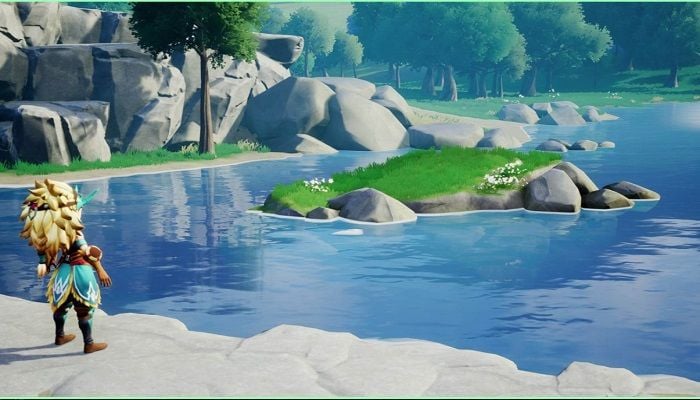 Dragon Trail: Hunter Mode is an upcoming collectible mobile MMO that lets you try to find a mysterious artifact by playing as a hero chosen by the dragons and trying to follow the example of your long-lost father. The game has already been released in Asia, but will come to North America later this year, with a pre-registration campaign already open.

Of course, when you put dragons in the title and feature dragons in teasers, you have to deliver the dragons. You will have the chance to raise and train your own dragons and work with them on the lush Star Island. The core of your objective will be to find a mysterious book, but you will be able to explore the island and all of its environments, encountering a variety of creatures ranging from ice bears to wyverns and other dragons. The focus is on training and bonding with your pets, then helping you in your quest. A new teaser full of some of the adorable collectible creatures, as well as scenes from the mobile game, was released today.

Indeed, the trailer showcases some of the variety of cute, and often equally strong, animals to collect. The game itself will feature forests and dozens of anticipated creatures that you can train, upgrade, and eventually evolve. You can choose from different classes such as warriors, assassins or priests to complete your missions. Missions will also allow you to take advantage of a mentor and follower system and earn new supplies.

Naturally, if there is any mystery in the story, it will be up to you to figure out what happened and, according to the game description, you will also have to eliminate the evil dragons that threaten the island.

To know more about the game, you can visit the dragon tail to place