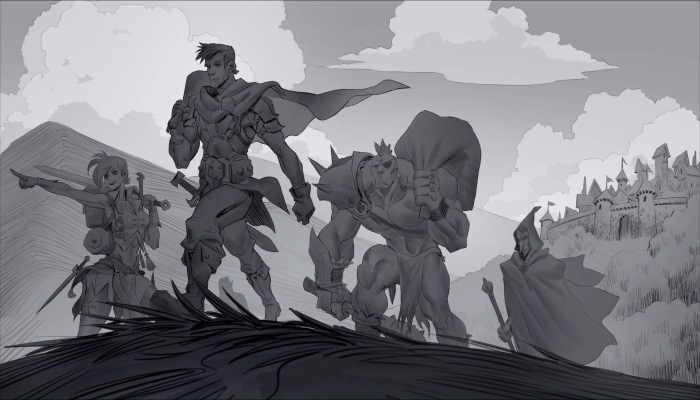 It looks like Richard Garriott’s next MMO project has an official name (and has had it for a while). The next Web 3.0 MMORPG will be called Iron & Magic.

According to a report by Gamer on PC (Going through SWAB), the name also has an accompanying domain, with videos showing off some of the goodies potential players can expect to see when they get started on their own. Iron & Magic is billed as an upcoming Web 3.0 MMO that sees players buying plots of land around the world and ultimately creating their own dungeons and more through a Roblox –esque design.

In our interview in April, Garriott and his partner, Todd Porter, described a game where gamers would enjoy true ownership over their digital assets, selling content that gamers themselves created using the tools provided. by the team, much like we see in Minecraft and Roblox today. In effect, that would mean the items players create and sell are minted as NFTs, and while they’re central to the process, Garriott told us during the interview that the idea was to create a world . first, with the wallet aspect second. However, the website clearly states that one of the main assets is “to buy land in the kingdom of Lord British”.

Discover the world of Iron and Magic? A New Open World Sandbox Web 3.0 MMORPG from the Creators of Ultima>> https://t.co/jn2Xrs9bJR pic.twitter.com/gjZAbcKP0c

Although the website lacks official details – at the moment it has a few placeholders for some of the assets players can purchase and use in-game, the Twitter profile also has other snaps to share, swamp biomes and desert to an image of an armor shop. We know the MMO will be fueled by player creations and player-purchased land, but also what Porter described as “limited online multiplayer aspects” where players can simply travel to a pristine slice of the world to adventure and discovery.

You can read our full interview with Garriott and Porter here in case you missed it in April.