MMO ReRoll: the not so popular MMOs 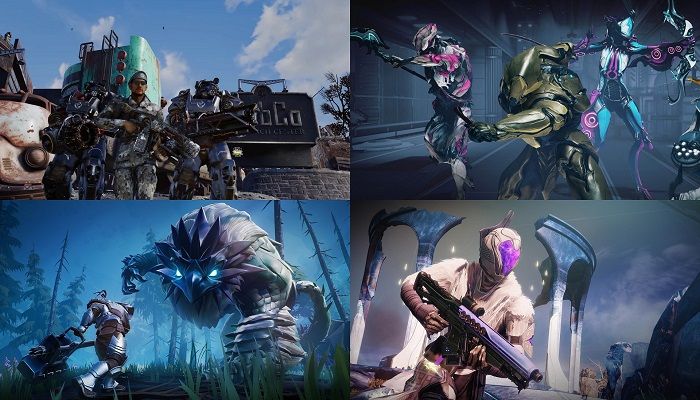 I’ve always found it funny that many MMO players are so obsessed with whether an MMO is massive enough for their liking. If there aren’t thousands of players on a server, it’s not worth playing, is it? It’s kind of ironic that they then turn around and regroup with the same five players night after night, completely ignoring everyone running around the world.

For me, I don’t care if my MMO is built on a single server with a huge world with thousands of players all sharing the same instance. I can have just as much fun in an instanced world where the only time you see more than 20 or 30 players is when you’re in the lobby everyone is sharing between quests. All I really need is to have enough players around so that when I want to stream group content, I don’t have to wait an hour for a group to form. It’s pretty massive for me.

Regardless of your definition of an MMO, there are “not-so-MMOs” that I always find myself returning to whenever my daily driver’s routine puts me on the verge of burnout. The Division 2, Path of exileand Satisfactory are my favorite hustle whenever there isn’t a new solo track that catches my eye. But just like the classic MMOs I revisited for MMO Reroll, there are plenty of Not So MMOs I haven’t been able to connect with over the years.

So for December, with all the extra distractions the holidays bring, I knew I might not have the energy to wade through a single MMO as usual. Instead, I decided to take a quick look at some Not So MMOs to see if I needed to add anything to my burnout rotation. With a few hours per weekend to spare and four weekends left in 2021, I scoured my Steam and EGS libraries for four titles that deserved a second chance.

The last time I played Destiny 2 was right at launch. I couldn’t really tell you what I didn’t like Destiny 2. It just didn’t click for me. Whatever my first impression, Destiny 2 is still very popular. With the next expansion, The Witch Queen, coming out in February, it was a no-brainer to jump in and give Destiny 2 a second chance.

In the four years since I last played, not much has changed with the fights. Combat is still a bunch of running, jumping, and shooting. For some reason, though, I really enjoyed the comb this time around. Maybe it’s that the new story tutorial got me going at a fast pace. Or maybe the way the Cosmodrome is laid out; I could easily exit the story, complete a few world events, and then go straight back to the tutorial. Anyway, the whole experience seemed to go better than the first time.

Destiny 2 has an overwhelming number of stats to track, with weapons and armor both having separate stats to keep track of. I didn’t waste my time with any of this until I completed the tutorial missions on the Cosmodrome (the current starting area). I just equipped the highest rated gear and, in the case of weapons, the elemental damage I needed to complete a bounty quest. When I was finally ready to dig into gear progression a bit, I was happy to see a plethora of community-created guides. Every question I typed into a Google search was quickly answered with detailed, up-to-date answers in both written and video form.

You may be wondering, it’s Destiny 2 really free to play? If all you’re looking to do is occasionally jump around and kill a few bad guys for a few hours, then yes, you’ll be able to keep it free to play. But if you’re looking for an entire story campaign or access to all the weapons and armor that D2 a, then you will need to purchase the extensions. The current expansion pack, Beyond Light, costs $39.99, and the Legendary Edition (which includes Forsaken and Shadowkeep) costs $79.99. However, until January 5, there is a promo on Steam that gives you the Legendary Pack for just $31.99! If the free version hooks you like me, it’s not a bad price to pay to access current content until The Witch Queen expansion arrives.

You know how gamers always complain that developers aren’t willing to take risks, that all they care about is playing it safe by ignoring innovation and instead producing a sequel after the another to get the most out of a tired franchise? Well, once in a while a top developer will throw caution to the wind and change the formula in an aging franchise. This is precisely what Bethesda has done with Fallout 76. Guess what? Bethesda received no accolades for Fallout 76. Perhaps it was less about a lack of innovation and more about bugs and issues. Or maybe it was the decision not to have human NPCs or the lack of offline play.

While the majority of players – or probably the very vocal minority – were ready to march on Bethesda Studios with pitchforks and torches in hand, some gamers were living the time of their post-apocalyptic lives in Appalachia. And I was one of them, at least for a few weeks. Then, as usual, I lost interest and moved on. Nothing in particular kept me away from FO76. As usual, another new release had probably caught my eye and ended my time with FO76.

There have been many changes to Fallout 76 since I left my character abandoned, standing in front of a bridge in a full suit of Power Armor, Super Sledge at the ready. Gone are the days of following the trail of holo tapes (technically, they’re still there). These days, real, living humans — not the Vault variety, either — have returned to West Virginia, and they’ve brought new quests with them. I was perfectly happy with the holo tapes myself, but I admit that having human NPCs is a positive addition to the robots and mutants that have been around since launch. Quests gave me something other than my obsession with collecting every piece of junk (and I mean every piece I come across) to focus on progressing while playing.

I have to admit that even with the addition of NPCs and other quality of life improvements, there isn’t much to get me playing. Fallout 76 in the new year. I don’t blame Bethesda for its attempt to take the franchise in a new direction with the persistent online world. I just prefer my desert adventures to be a solo adventure (early members can now create private servers). FO76 isn’t horrible or anything, but it’s not worth other titles in the franchise, so even if I get the Fall Itching in 2022, it will be a new race New Vegas Where Fallout 4 who will do the scratching.

When Intrepid launched in May 2019, it really caught my attention. I’ve always loved playing melee classes in any RPG, so the focus on melee, big guns, and even bigger monsters was a holy trinity I always wanted. But you know the old adage, be careful what you wish for.

I like the core gameplay which Intrepid brings to the table: set out with a group of hunters, scour the area for large beasts, gather everyone to slowly chip away at the beast, then craft armor and weapons from their body parts when the fight is ended. The combat is slow and methodical, a stark contrast to most other action combat MMOs. You still have to do a lot of dodging if you want to avoid the monster’s big hits, but fights still feel more controlled than usual, rewarding patience and timing over twitch reflexes.

Unfortunately, combat was not the problem I had with Intrepid on his first outing. The idea of ​​a group of players all dropped off on a floating island and spreading out to find their prey sounds great on paper. In practice, players would just start fighting, and if you didn’t get to the scene of the action fast enough, you could miss most of the fight. You would still reap the rewards, but that’s not the point. I wanted to make good hits and do my part.

Going hunting was much more rewarding this time around. A steady stream of juggernauts means that even if I miss part of a fight, I’ll hack and slash another beast seconds later. And with all the unlockable passives on the Slayer’s path (aka skill tree), all of those fights are worth the time in the field.

Of all the games I chose to revisit, Warframe was my favorite the first time. I bought a Founders Pack (or whatever it was called) to participate in the closed beta in 2012. It was rough around the edges, but it was hard to deny how Warframe hack and slash melee mixed with run and gun shooter combat. Instanced missions were fine for me, and even after the beta’s limited gameplay loop started to wear out, I still logged in regularly for a few months before setting Warframe grazing with the intention of seeing him again at a later date.

I kept checking Warframe for a few years, and it seemed like every time I logged on, something new had been added since my last visit. These visits were always short-lived, however, and I continued to fall further and further behind the Warframe universe. Eventually I quit playing Warframe absolutely, and it’s been a good two or three years since I logged on.

So how was my weekend with Warframe go? Well, not much different from all the other times I’ve tried to pick it up. I’ve spent most of my time getting to grips with combat, but I’ve had a chance to wander around the open maps introduced with the Eidolon expansion. I’ve always liked fast, linear maps. That said, open world maps are a game changer for me. Instead of past visits where it wasn’t worth it for me to push into the new bits added to Warframe, open world maps intrigued me and ready to dig deep. I plan to spend the time necessary to understand all the new mechanics and systems added in my absence.

Four weekends, four games. Fallout 76 still doesn’t compare to the rest of the franchise and has already been erased from my hard drive. As for Intrepid, it went much better than the first time I played it. I highly recommend it to anyone looking for another action fighting breed. If I had unlimited game time, Intrepid would easily be part of my Not So MMO rotation i

I don’t have unlimited time, though, and both Destiny 2 and Warframe to push Intrepid in a distant third place. Both shooters made me wish their weekend wasn’t coming to an end, and neither title will be leaving my hard drive anytime soon. The only real question is whether I will have enough time to add both to my game rotation, and if not, which will be the ultimate winner?