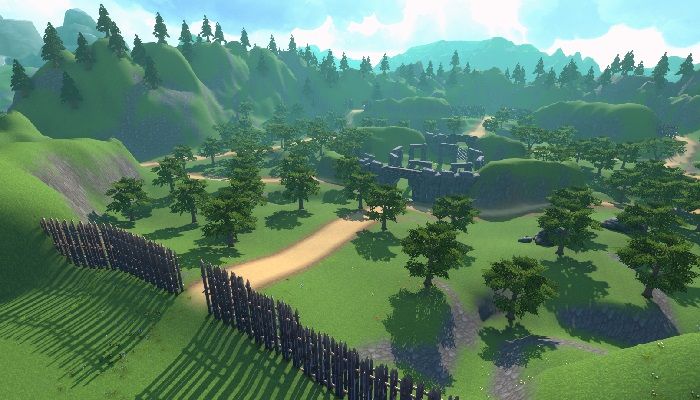 Things have been quiet on the realms of souls front for a while now, but Power Proc Studio has a brand new update, shared via the game Discord. In short, they re-evaluated the original launch of the game after the crowdfunding campaign and decided to take the game in a new direction.

realms of souls will move away from focusing solely on battlegrounds and return to the company’s original vision, which is a standalone “MMO-Lite” with battleground functionality. The goal is to have a thriving PVP option with no grind that is enhanced with additional features. Their flagship game mode will now be called Odysseys. Odysseys will, according to the update, be “adventures that you embark on alone or with a small group with the goal of slaying monsters, obtaining loot, and bringing it home. The goal of each Odyssey is get as much wealth as you can and manage to mine it without dying, but you’ll often find yourself encountering other players who aim to steal your loot.

Since the studio announced the refocusing realms of souls here are more details about Odysseys to come, they promise, but it will shape the whole game. Battlegrounds will still be a very important feature, and Battlegrounds and Odysseys will be optional. If your playstyle and sense of fun are more comfortable in one feature or the other, then you can do it. They point out that “it is very important to us that there are multiple avenues of play within realms of souls but also unforced pathways that you must participate in”.

It looks like the plans for the game will become more robust, but player choice will be at the forefront. Their short-term goal is to get an early playable version of their full game loop for playtesting.

To know more about the game, you can consult the realms of souls site.