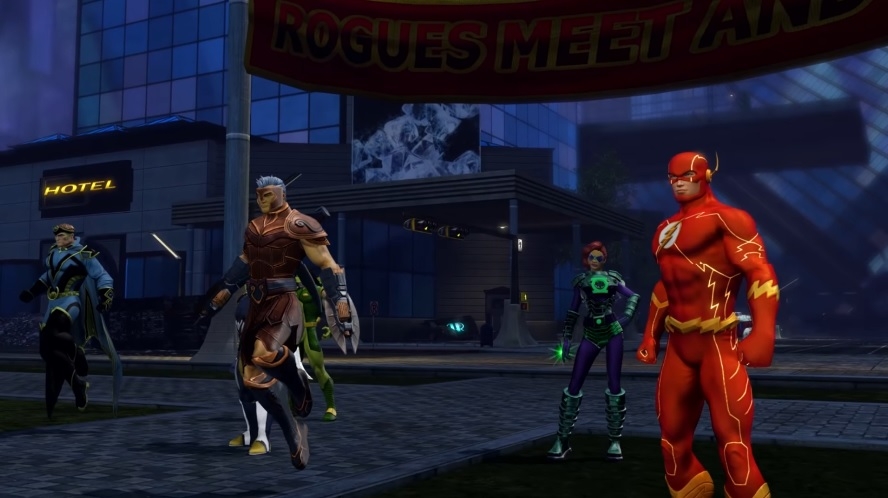 Most Marvel IP-based video games have featured combat, action, and action-adventure elements in previous years. However, an unannounced project from the developers of “DC Universe Online” could offer a new experience using massively multiplayer online mechanics.

The report comes after Enad Global 7 published its slideshow presentation for investors (via Eurogamer) which is also tackling its subsidiaries’ ongoing video game projects launched in 2022 and beyond. As part of its “longer term” developments, an unannounced MMORPG is described as a “massively multiplayer online game based on Marvel IP.”

He was mentioned several times in the presentation, but details are, unsurprisingly, scarce on the Marvel MMO. The company’s document only reveals that it’s being developed by Austin, Texas-based Dimensional Ink Studios headed by Jack Emmert, who also led the ongoing maintenance of “DC Universe Online.”

Miller Twitch Streamer Noted that the unnamed Marvel MMO game was one of thousands of titles mentioned in Nvidia’s massive GeForce Now leak last September. Miller added that the project was previously canceled in 2018 due to “financial difficulties”.

The home page of the official Dimensional Ink website website mentions an “unannounced project”. It doesn’t offer any details about the game, but given the new details from EG7, it’s likely referring to the Marvel MMO. the Careers page also shows that the studio is actively recruiting new developers for the same project with vacancies for a senior animator, technical artist, senior programmer, and senior designer for the fight for the unannounced project.

What’s pretty clear right now is that the new Marvel MMO isn’t coming out anytime soon. Given that it’s currently listed as one of the long-term projects for EG7, it wouldn’t be surprising if the game didn’t arrive for a few years.

However, the fact that it’s being developed by the same studio and will be released under the same genre, the Marvel MMO might share similar elements with the 10-year-old “DC Universe Online.” The game set in the world of DC Comics is free to play and also features action battle mechanics with 41 episodes released over the past decade.

While Dimensional Ink appears to be working on the Marvel MMO to some extent already, the studio recently confirmed its intention to continuously support “DC Universe Online”. The developer will premiere the game’s 42nd episode titled “Legion of Doom” next month and episode 43 in 2022.