Is there an in-game title you crave in any MMO? 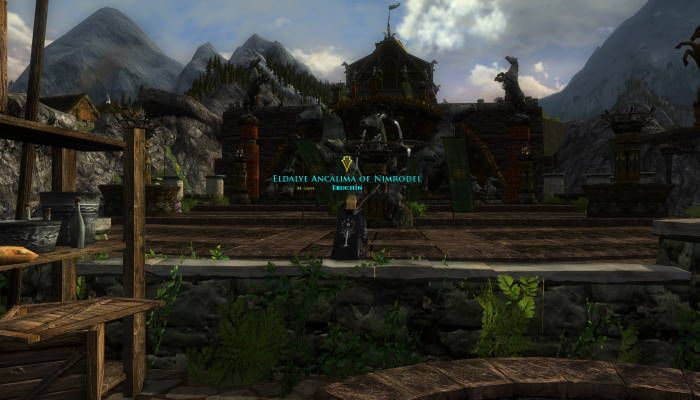 It’s the only in-game MMO title that really meant anything to me. Of course, “Founder” and “Leader” were great, mainly because it means I founded a Kinship which is almost as old as The Lord of the Rings online itself, but “Of Nimrodel” holds a special place. This dates back to a time when my characters and friends were playing on the Nimrodel server before the big server consolidation that forced us all to move to Arkenstone.

Recently I used the “Gem Without Measure” as it was a birthday present for fourteen years of gaming LotRObut there’s a good chance I’ll be back to my Nimrodel title here soon.

It wasn’t a title I earned through a grind or completing a quest, but it’s a title I treasure in my favorite MMO. It’s interesting when I sit down and think about it: I’m not driven by these titles or in-game event elements like many MMORPG players are, but I can’t help to be attracted when friends talk about the work they had to put in to win a title.

In-game titles can mean a lot of achievements. For some it is the completion of a quest. For others, it’s the reward of a major challenge, like a world first. Perhaps you acquired all your professional skills up to a certain level in Final Fantasy XIVearned you “God of War”, or you enjoyed showing off the title you get by completing the Shadows of Angmar scenario in OG LotRO.

For my part, the title that I use in The Lord of the Rings online is a bit more personal, but I’m also someone who isn’t driven in my MMOs by world events or festivals – although some events are much nicer than others. I just like a good story. And Eruchin’s story on Nimrodel is one I will forever cherish in my MMO days.

What is the most meaningful title you use in an MMO and why? Do titles matter to you? Let us know in the comments.