Is “New World” unique enough to compete in the MMO genre? 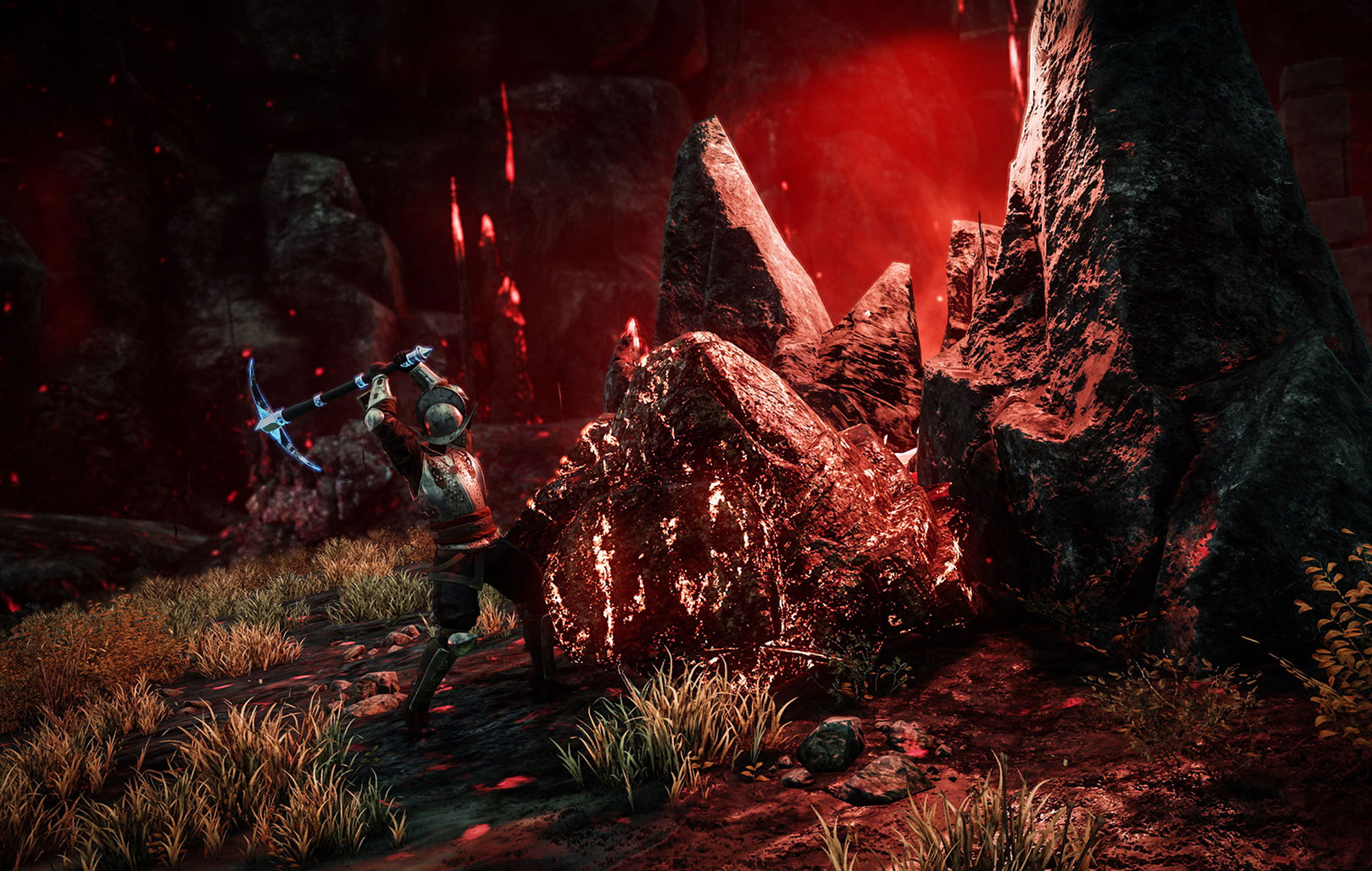 I I’m a big fan of MMORPGs. Ever since I was a teenager I’ve been playing them, starting with World of Warcraftand possibly try other titles before, inevitably, jumping aboard the Final Fantasy XIV form. Damn I even played The Lord of the Rings online at some point, so I know the genre pretty well.

As of this writing, I’ve played over 25 hours of Amazon Game Studio New world The open beta and the first thing I’m going to say is that it sure is awesome. I entered the beta with a vague knowledge of the game’s mechanics, gameplay, and story, mostly aware that it should be a competitor to other MMO giants on the market.

If you’re also an MMO fan, you’ll probably agree that what makes the experience memorable are the elements that come with it. Story, gameplay and community are perhaps some of the most important aspects of a successful MMO and without these ingredients the product can feel soulless. But what does New world offer so different from other major titles?

After doing my New world character, albeit with a rather underwhelming character designer, I was drawn in by its slick opening cutscene which then immediately thrust me into the middle of a tutorial that teaches the player the basic combat mechanics. Eventually, you’ll be teleported to a shipwrecked beach, and that’s where the beautiful world of Aeternum finally opens up. Before you start exploring, you’re given another tutorial in the form of a series of quests, teaching you the basic mechanics of the game as well as a minor introduction to the game’s narrative.

Initially, I focused mostly on following the story, which was given to me in dribs and drabs along the way. Learning about Aeternum’s lore and corruption definitely piqued my interest, however, as I progressed through quests, many of which require the player to run from side to side of the map , I lost that interest pretty quickly. Many early story quests take too long to complete or are just very repetitive, and after the first 10 hours I realized I wasn’t as drawn into the narrative as I had hoped. There aren’t any characters that I can call memorable and I’ve forgotten why the game keeps sending me to the Hermit living by the river in the middle of nowhere.

If you go into New world while waiting for a story-rich adventure right away, you’ll want to put those thoughts aside (at least for now, hopefully that will improve later). The game is definitely not as story driven as the likes of Final Fantasy XIV but, instead, focuses primarily on PvE, PvP, and exploration. That’s not a bad thing, but it’s a stark difference from other MMOs.

Despite my feelings about the game’s narrative, the game excels at presenting a community-driven experience. As soon as you drop into Aeternum, you’ll be faced with a teeming mass of players, the towns are bustling and filled with strangers, and you’ll likely find yourself encountering other players in the wild. It’s an awesome feeling. With the world being as populated as it is, there won’t be a moment when you feel alone, even though the map is huge. As you enter popular areas, you’ll see a sea of ​​campfires, with each lit beacon being another player’s personal spawn point.

It’s here that of the new world The faction system and territorial control come into play. Factions are by far the most interesting thing about New world what sets it apart from other MMOs. Of course, in FFXIV you can join a “big company” and take part in PvP tasks but in New world, your faction represents much more. By joining one of the three factions, in my case I chose the Covenant, you can participate in large-scale quests to take control of neutral territories in the world and make them yours, as well as earn tokens to trade with your faction leader to raise your rank and earn items; controlling these territories even allows players to unlock unique perks, including EXP and collection bonuses. The factions feel like a breath of fresh air and manage to bring the community together in a much bigger way than I expected.

Crafting and collecting is another staple of the MMO genre. For games like wow and FFXIV, these mechanics are optional and it’s up to you whether or not you want to pick up the hammer and sickle or the ax and hoe. While crafting generally puts you off in other cases, crafting in this game is really streamlined and easy for new players to get used to. Compared to FFXIVwhich requires skill tests and a specific rotation to complete certain elements, New world don’t mess with such things. As long as you have the right materials and have a high enough level, you’re good to go.

I think I may have spent way too much time dealing with these mechanics than anything else, that I even managed to get almost all trade skills to level 30-40 during the time I played, and the best thing is that it was never boring. In New worldthese mechanics seem necessary and are as important as increasing your character’s attributes – you’ll get XP for crafting that increases your character’s main level, even – and weapon levels.

Talking about that, New worldCombat isn’t the traditional MMO tab targeting style, but instead adopts a much more action-oriented system with unlockable abilities for your multiple classes. It can feel a little awkward at times and there are definitely some latency issues when it comes to combat, so timing dodges and enemy attacks aren’t 100% reliable – which can be frustrating – but it’s nice to see this change. As far as enemies and mobs go, they’re responsive, but all of their attacks are scripted, which can make combat clunky and slow, although enemies do and will, a challenge if you’re not geared up. at the right level.

However, New worldThe weapon upgrade system is awesome. Not only can players choose which primary and secondary weapon to use, but there’s also an extensive skill tree and dedicated upgrade system for each weapon. For an MMO to have a leveling system that you would typically find in a single player action-adventure game is quite a positive change and adding that, New world opened the doors not only to MMO enthusiasts, but also to casual gamers.

With the good also comes the bad. If there’s one mechanic I’m not a fan of, it’s the fast travel system. To teleport to a town or “Gateway to Achernar” (teleport rocks) you will need something called Azoth. Azoth is a consumable resource that can only be obtained by completing quests and closing “Rifts of Corruption” and requires a certain number depending on where you want to go. Doing quests early can make this difficult, especially if you’re low on Azoth, plus your character can also only call back to your chosen inn once an hour, which is inconvenient. and for a game on such a scale, I found it incredibly tedious. When today’s games, and not just MMOs, have evolved to the point where having easy access to fast travel is the norm, it’s unusual to see why New world would be the exception, especially when you realize the scale of his map.

Also, there are no mounts or sprint action. Your character is constantly running at a steady pace, which means there’s no way to speed up. It can take a long time to get from point A to point B and it’s not only exhausting, but it significantly slows down the journey and the experience. Right now your character can’t even swim and instead will literally walk underwater until they drown. I found this out the hard way.

New world definitely has the potential to be something amazing, but has a few flaws. The game is currently slowed down by its clunky mechanics and lack of an engaging story, but it manages to present some new ideas for the genre that I hope to continue developing after the official launch. It is difficult to determine at this stage whether New world has the ability to survive in the genre, especially against games that just have a better understanding of what they want to achieve. I don’t think it’s fair to judge so soon as the game definitely has the basics to make a top notch MMO but while it has a lot of ingredients I’m not sure it has the right ones .