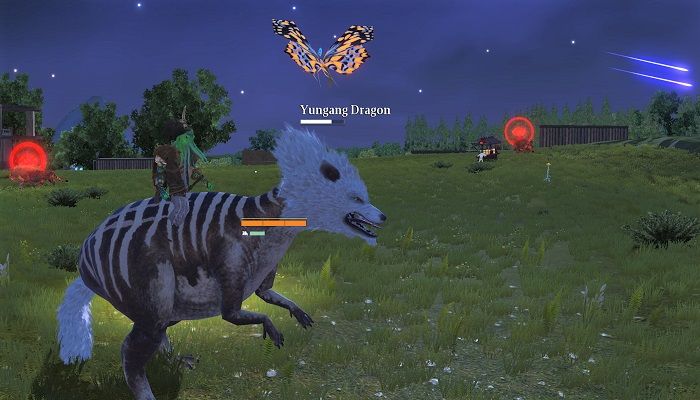 Every week, we scour the internet for all things indie MMOs, so you don’t have to. This week we saw a lot of activity from some of the quieter indie developers as patches and summer events were spotted all over the place. There’s a lot of other stuff going on as well, so let’s stop wasting time and get started with this week’s MMO Indie Spotlight.

This week’s update added new dynamics to land of adventure – Hop disease (G.conditions.hopsickness). From now on, every time you jump to a new server, your character will experience Hop Sickness, a stacking debuff that reduces XP, Luck, Gold, and Damage. You will now have to weigh the pros and cons of jumping to a new server for farming, events, or even switching to another server to buy something sold by a vendor.

Update week has been busy for Archwoodwith 5 separate updates released on the Archwood Discord. All patch notes can be found on the #updates channel, including several new creatures, updated loot tables, and new tutorial quests, among other changes and fixes. Along with the multitude of updates, a post to the new #roadmap channel lists several other additions along the way, although no ETAs are included.

We got another tweet this week showing more pre-alpha footage from BitCraft. The clip showed off three distinct outfits, hinting that there will be plenty of options available to customize your character’s appearance.

Customize your look to fit your own style. (Pre-Alpha Footage) pic.twitter.com/7rbxZXqQAv

Remember those tech blogs I mentioned a few times? Well, a new post on the BoT steam page puts all this technical jargon in layman’s terms – the team has been busy updating to a newer version of the Unity engine and making other performance improvements that should make BoT “to feel better.

As a follow-up to their TaernCon blog, Whitemoon Games has released a TaernCon 2022 highlight reel on YouTube.

It’s been a little over a week since chimeraland global launch. Several of the issues affecting the Steam version have already been resolved, and the latest update on July 22 added a fullscreen option for PC.

To celebrate the updates and the week-long anniversary, several events are taking place until August 3. You can find out all about them in this advert.

Another important patch (1.3.8) has been released for The Cycle: Frontier this week. You can read the full patch notes on Redditbut some major changes include reduced mission requirements for many PVP and PVE missions, improved matchmaking, weapon power tuning, and many bug fixes.

Ask Aphelia Episode #10 is out, and this week’s Q&A answers more questions about schematics, LUA improvements, and we find out if the FROM the universe is infinite or has a limit that a player could possibly reach.

Farwoods often hosts player and developer events on weekends, and due to the timing of their announcements (usually mid-week), it’s usually too late to mention them in the IMS. So this is just a reminder that if you want to join in on the fun role play, you might want to join Farwoods Discord so that you receive event announcements in a timely manner.

The Relic War is back. An annual event, the Relic War began on Tuesday, July 19 and will continue until August 9. This year there are 5 special Relic vehicles to build.

The fractured online website received an update this week. The new homepage makes it easier to find the latest news and lore and includes more information about the races and planets that make up the OF universe.

Genfanade received its first content update this week. Players will find a new Druid Settlement and Lumber Settlement in the expanded northeast section of the map.

With the team working on two major projects – redesigning the world map and recording new animations for the game – there was no weekly update for Gloria Victis. In place, this week’s blog post was used to advertise a AMA Discord Event and to provide insight into the team’s use of a new mocap suit to speed up the creation of new character animations.

The presale of $ARIA tokens started this week. For anyone interested, there is a handy guide with step by step instructions on how to make your purchase.

Here is a new entry for the Indie MMO Spotlight – Pixxelvers online. An MMORPG/Social Platform hybrid, Purchase order is developed by a small team of coders, musicians, and artists. You can find out more by visiting their website and join their Discord Channel.

Earlier this year, the Profane The team asked the community to help name a huge sea creature. By combining two submissions, the whale-like creature now has a name: Bahut, Ancients of the Seas. With a name finalized, they now need help naming a crab-like creature. Please help them out as their wandering crab or cob crab suggestions just suck.

Hello, community! ??A few months ago, we asked you to help us name a whale-like creature. The name has been decided, and we will share it soon! crab-like creatures that will inhabit Profane’s world. pic.twitter.com/E53azazKsX

In Dev Diary #344Michi is hard at work on new features, Fabian shares a quality of life improvement video on the trade goods order screen, and Nick does all sorts of PR stuff.

If you missed the live Q&A session on the 16th, you can watch it on youtube. And for anyone with web design experience, Living Phoenix has a open position for a web designer.

As summer temperatures soar, RotMG cools the Kingdoms with the Sub Zero II Event. Until August 2, players who have beaten all of the Ghost Kings will be able to battle Snowy the Frost God or collect an Ice Tomb Portal by killing the Permafrost Lord that roams the land.

reign of the guilds

In a press article last weekthe RoG the developers announced that they had moved on to the polishing and optimization phase of the project. With more frequent patches, the PTR will be closed to the public as the Normal server will receive patches soon after the PTR. The post also contained the patch notes for the most recent update, 0.86.064.

The Honor scars Community discussion turns to Infernal Demons this week. Go to the forums and share your thoughts on shaping the lore of this vile race.

The patch notes for the most recent update were released Thursday on the Star Sonata 2 Steam Page.

The Tatsumeeko weekly devblog was released on the 19th. This week, it covers sea cave art, market props, and live 2D animations. The team organizes a meet at Tatsu Works main office on July 29, and anyone in the Singapore area is welcome to register for the event. Finally, the team is currently recruitment for several positions.

A developer update has been released to Xsyon forums this week. Work continues on the graphics update, but the next public update will be the War System which should go live before September.