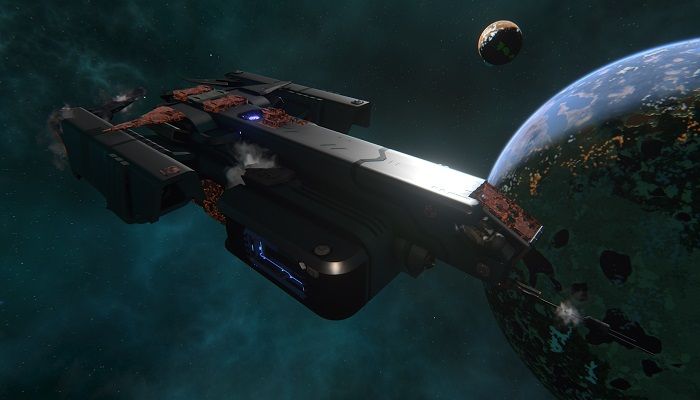 Welcome back to another weekly recap of indie MMO news. Alongside the PR campaign for two major releases next week (Zenith: the last city and Broken ranks), there were several Q&A posts mixed in with the usual patch notes and playtest announcements.

While the IMS is still scouring the internet for all things indie MMOs, I wanted to highlight one article in particular before moving on to the rest of the news. This week, MMORPG’s Steven Weber shared his top indie MMO picks in “5 Indie MMOs You Should Try in 2022”. Be sure to give it a read after you complete this week’s Indie MMO Spotlight.

Are you interested in bitcraft but do you have a burning gameplay question? Chances are someone else has the same question, so Clockwork Labs has rounded up some of the questions from the community about the bitcraft Discord and posted their answers on their blog.

A news article on the Broken ranks the website gave a quick introduction to the combat system used in Broken ranks. The combat may be turn-based, but with each round only lasting 10 seconds, your enemies won’t hesitate to smash your skull in, whether you’re ready or not.

For those who can’t wait for the January 25 launch of broken ranks, you can at least pre-download the client now.

It was a busy week for chimeraland developer, Proxima Beta. Not only did they increase the capacity of their servers on Wednesday, but they also added the Great Beast Dragon Horse Evolvedstarted on Fire God Awakening Event (until February 4) and posted responses to a recent AMA.

Scratticus was back with another edition of Life on Fortuna 3 on the Yager Twitch channel.

Last week, Novaquark announced the addition of Panacea to the OF roadmap. They followed up that announcement this week by highlighting the expected changes with a duo of blog posts. The first post covered Camera Lua API changes and improvementswhile the second post explained to us how you will be able to generate additional quanta thanks to space wreckage and requisition of idle assets.

Farwood, the furry RP MMO we recently discovered, has weekly playtests on Fridays and Sundays. If you are interested in participating, go to Farwoods Discord register.

There was a bit of a fight in foxhole this week, as a group of gamers called the Logistics Organization for General Improvement (LOGI) went on strike after demands for developer Siege Camp to make logistics gameplay changes went unanswered. Our war correspondent, Christina Gonzalez, was on the ground collecting intel on the situation.

From base stats to creating your character’s background, the fifth edition of Featured Spotlight goes through all the choices you will make during character creation.

The new season of glory has begun in Gloria Victis, so grab your chosen tool of destruction and start climbing that ladder! Weekly Update #303 is also here, bringing with it a special jousting arena for you to test your skills with the spears that have been introduced recently.

Margonem received a small patch this week. According to Steam Patch Notes, the patch was mainly aimed at fixing a few bugs. The notes mentioned that Winter’s adversaries would leave the world of Margonem in a week, so you only have a few days left to acquire the unique rewards they drop.

Version 0.1.11.0 (see the patch notes here) went live this week. Players can now reach the next level of reputation in Thorval, giving them the ability to fight pirates. Gathering has also received quality of life updates that make it easier (and more difficult in some ways) to gather resources.

In case you don’t know, OrbusVR is celebrating its fourth anniversary right now by bringing back the anniversary scavenger hunt. A blog post this year too shared some fun facts which show how much OrbusVR increased in 2021.

F4E project hosted a playtest Thursday and Friday, giving players a chance to experience a full mission as Frost Barbarian or Lightning Mage. If you missed it (like me, sorry), you can still join the F4E project Discord to stay up to date on all F4E events.

In Dev Diary #318Michi talks about bugs, Nick was sick, Martin gives an update on the progress of the Steam port.

the RotMG blog ended the week with a new interview from a community member (Howdiedew). Before that, other messages covered fan art, Update 2.2.1.0and Events to come.

One of my favorite things about indie studios is how community input is often used to help shape gameplay and features during development. Honor scars developer embraces this idea with its Dev Discussion series. This week, Debate #14 revolves around the behavior of NPCs.

In an effort to provide more consistent communication, developer Alta has created a new blog, Alta Logs. We can expect posts every two weeks or so, and position #1 introduces us to Cayde, Alta’s Community Manager.

With launch day fast approaching, several guides are starting to appear for Zenith: The Last City. On Friday, RamenVR launched a Zenith Launch the Countdown series on the Zenith MMO YouTube channel which will share a tip each day until launch, starting with a video on how to uncover the lore and mysteries of Zenith’s past through Touch Stones. Underground PSVR also shared a video covering other tips and tricks to help you get started when Zenith outings on Thursday.