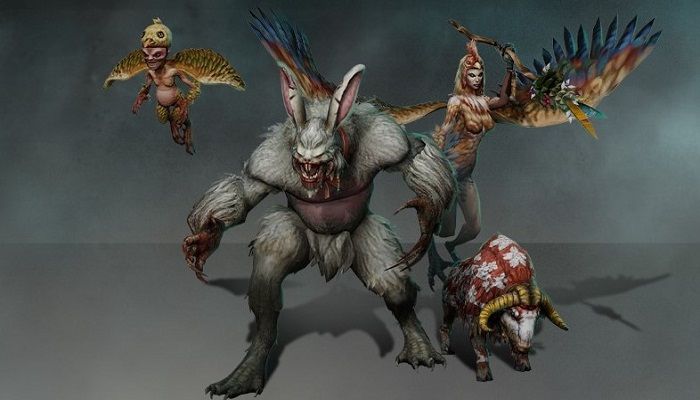 Every week, we scour the internet for all things indie MMOs so you don’t have to. This week, I expected to find a bunch of holiday events, but I ended up only finding a few noteworthy events happening this weekend. We’ve always received a generous helping of patch notes and test news, so let’s stop wasting time and get started with this week’s Indie MMO Spotlight.

The Ancient Journal series continues this week with entry number 4. This week’s story shows us the Great Star and a mother’s preparation for a great sea voyage. Each journal entry so far has been vague, but all have pointed to different courses. Do you think they are referring to different classes available in BitCraft, or is there something else hidden in the text?

Broken ranks celebrates the holidays with a special event – The Rabbit Marathon. Search your quest log for the new event quest, then complete 10 tasks to get the goods needed to craft Bony Cony Kicks, an event-exclusive legguard skin. You have until 9:00 CEST on April 19 to complete the quest.

Friday marked 100 days of Chimeraland. To celebrate the occasion, Proxima Beta has posted the gift code 100CELEBRATION on their Twitter account.

In Developer Diary Part 11Lead Gameplay Engineer Marvelous Breadfish acknowledges the increase in cheats the team saw during Closed Beta 2. They cover the who (scum of the earth), why (because they suck), and what they do to curb cheating in The cycle.

NQ-Wanderer shared a post about the FROM forums to share insight into the internal discussion on how the NQ team should handle the transition from beta to full, and more specifically, should there be a server cleanup? Another devblog shared more information about the Aegis Marketthe new trade hub added with the next Athena update.

We had our first look at Fractured Online Roadmap for Launch – Fractured – The Dynamic MMO (fracturedmmo.com)this week. From the looks of it, we’ll have new races and corresponding planets to explore, a new day and night cycle, and alchemy will be added to the crafting mix before fractured online Release planned for the winter. For anyone with questions about the roadmap, there will be a AMA on Monday, April 19 at 3 p.m. EDT on the official gamigo Twitch channel.

Weekly Update 315 makes some changes to the siege mechanics. To mitigate the problem of keeping a location in a constant state of siege, at least one minor flag must be captured before beginning a siege on the main location’s flag. You can read more about this and all the other changes by following the link above.

The Game Overview Tab of the Crazy world The home page was refreshed this week. The update makes all the basic information about the game much easier to navigate, and I highly recommend checking it out if you’ve never visited the site before.

A new devblog posted this week take a look at the recently concluded first Alpha. If you haven’t had a chance to join the Alpha, the blog recaps all the action and is full of screenshots for those who want to take a peek at the visuals and art style of Palia.

A recent Secular MMO tweet introduced us to a new creature, the Alyacaw. An inhabitant of the rainforests of Profane, the Alyacaw can be tamed to be a mount.

Hi, kisses! ?? Meet the Alyacaw: an extraordinary creature that will inhabit the rainforests of Profane. And why is it extraordinary? Well, this one can be tamed to become a MOUNT! pic.twitter.com/19cd6SSLpS

In Dev Diary #330Michi talks about the final implementation of Snapshotting to help fix some of the performance issues COULD met as it continues to grow, and Nick reminds us to contact him if you’re interested in streaming COULD for the game’s launch on Steam on April 20.

The Ravendawn team hosted a live AMA on Wednesday. If you missed it, you can watch it on Ravendawn Youtube channel.

After completing all of the weekly class discussions, the SoH the team now moves on to race discussions. They started this new series with a race we all know – humans.

In Alta Journals #6Community Manager Cayde walks us through some of the news ATT Members of the team.

The new edition of Valrei International was published this week. You can find it on the Wurm online forums.

The Discord referral system went offline this week. You can now refer people directly via Zenith. And as we reported earlier this week, Zenith latest fix addressed several quality of life changes and squashed a few bugs along the way.