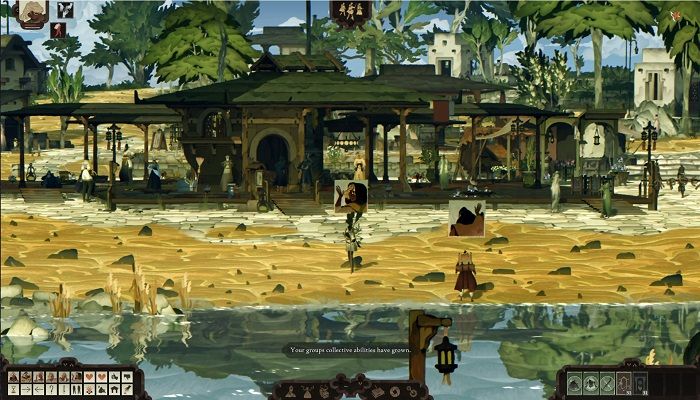 Happy Indie Sunday everyone! There was a big moment on the indie MMO scene this week with the Early Access version of Travelogue. He has the usual early access issues, but the Tiny MMO has a promising future. One of our writers here at MMORPG has already given us his first impressions, and I have to say that I agree 100% with everything they said. Well, enough of my shameful takes, let’s start with this week’s Indie MMO Spotlight.

MWM was back this week with the third part of their interview with the developers series. This time around, we’re introduced to Nathan “Red Warlock” Purkiss, lead environmental artist for urban architecture and natural landscaping. It’s a long way of saying that it helps fill in roads, foliage, buildings, and other structures on an area map. Just like an artist, he let the images do the most talking.

A few months have passed since the disappointing news about the delays in by Corepunk development, but this week we were treated to a new gameplay video. And it’s not one of those short montage videos where you only get two or three second snippets that don’t really show you what the gameplay looks like. No, it’s almost 17 minutes of continuous 4-player PvE combat. Players even die and everything.

With the classic version of The cycle closing and The Cycle: Frontier currently in closed beta, developer Yager Development shows respect to its veteran players. All players unlocked or purchased in the classic version will carry over to the new version, and all purchases made in 2021 will be refunded and you can still keep the items! You can check out all the details of this chic move in Yager’s latest blog.

The day before The mega event has finally happened! I don’t know if I would call this a mega event, but there was a new gameplay trailer with Fntastic announcing the June 21, 2022 release date. Personally, I think time has rolled back a couple of times by too much.

Tired of going solo dual universe? Now you can use the Recruit a Friend program to not only get your friends to join you, but also to earn free game time and other rewards when they buy game time themselves. Find all the details on the Recruit a friend page.

Novaquark has also posted two other blogs about recent LUA updates and other changes. There’s a lot to cover, so be sure to check them both out. Part 2 and Part 3. And here is the link to Part 1 in case you missed it last week.

The land sale and community badges that were supposed to go on sale a few weeks ago finally went on sale on Friday. Anyone who has been granted land now has until October 29 to finalize their purchase.

A while ago, Siege Camp mentioned that the price of foxhole would increase this year. This has sometimes been identified, and anyone who wants enter the battle for the current price has until October 19 to make his purchase. Starting October 20, the new price will be $29.99.

We haven’t heard too much about in the echo since arriving on Indie Spotlight a month ago, but this week we have a new piece of concept art for you. If you like what you see, go to in the echo website to learn more about this time travel MMO.

Christina beat me to it with her update on Crazy world To come up third Alpha test. You can register now at Crazy world to placebut the Alpha doesn’t officially start until October 25.

INSANE also shared another snippet of the CEO, BunnyJoker and Oxfurd’s live reaction to the “Why Hardcore Full Loot PVP MMO’s Fail” video on Profane Twitter. It’s obvious that BunnyJoker is passionate about full loot PVP.

Last week we got a glimpse of the Cleric, an enemy you’ll encounter in F4e project. If the cleric didn’t look bad enough for you, this week they posted an in-progress image of a demonic spider on the F4e project Discord. This eight-legged demon looks ready to tear you to pieces. 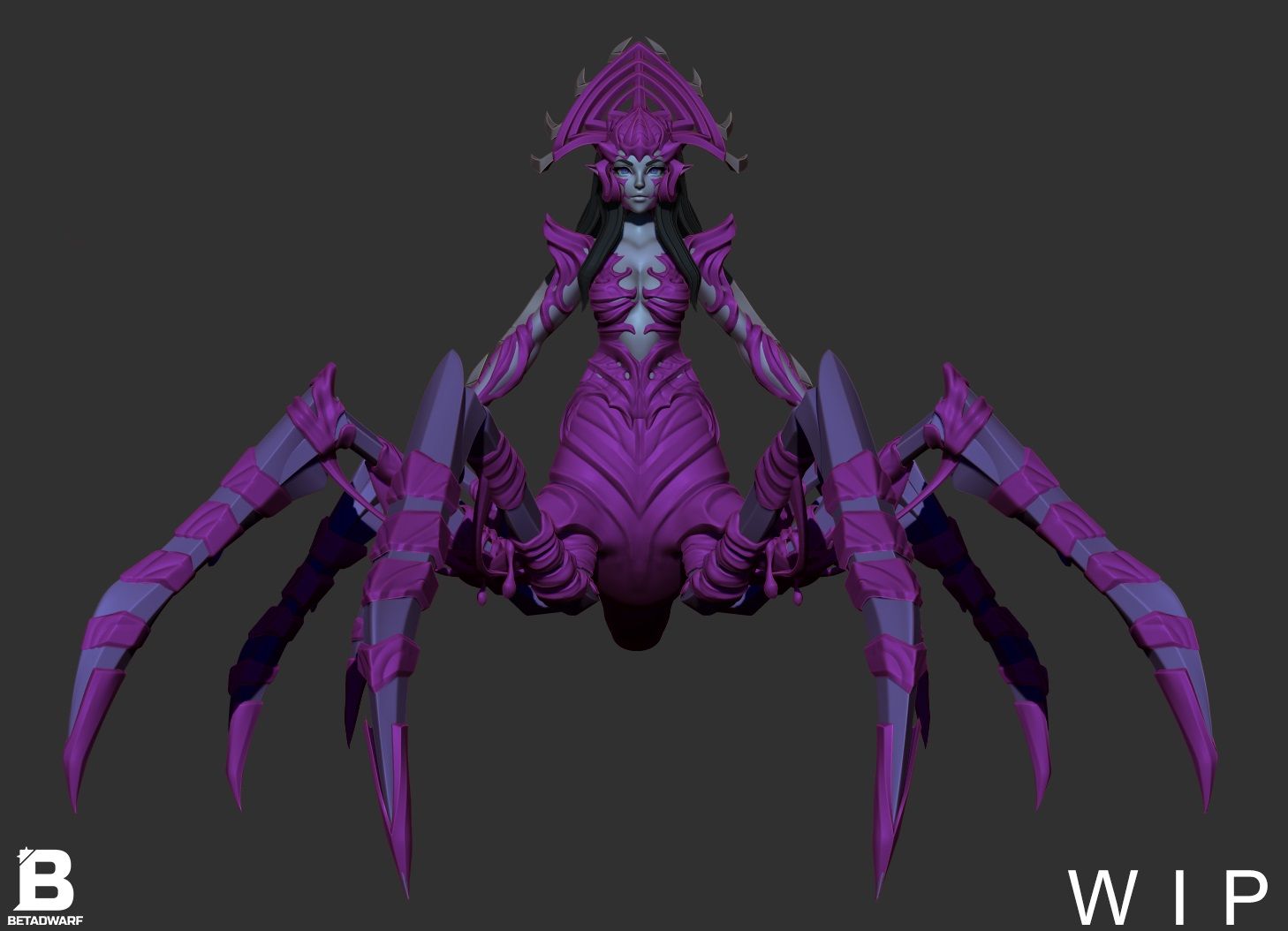 the COULD trio is back to share all the events of the previous week with Dev Diary #306.

The month of the mad god is over, but that just means it’s time for another event in RotMG. You can read all about the 13 Days of Headhunting Draw and everything going on in RotMGin multiple publications this week at RotMG Blog.

As promised, Power Proc Studios unveiled its second class this week. Everyone, say hello to the debuff specialist, the Occultist. You can read all about his debuff skills and AoE damage strategies on the realms of souls website. We can also expect two more class reveals shortly after the realms of souls The playtest starts on October 26.

As more Alpha and Beta testing wrapped up, Dragonfire Entertainment released a Ascension Trials test. Anyone can download the client and play for free until November 30. Beyond this date, you will need to purchase an Alpha Pass to continue playing. If you are interested, go to Ascension Trials to place and take the game.

The Oases of Anuk’Amon event is nearly over. You have until Monday, October 18 (or shortly after) to collect all the goodies you might want or need from the pyramids.

wild land 2 received a big update (their words not mine) this week, opening up Plague Isle to adventurers. This is just the first part of the Plague Isle update, with tons of additional content coming in two more future updates. You will find all the details on the wild land 2 steam page. 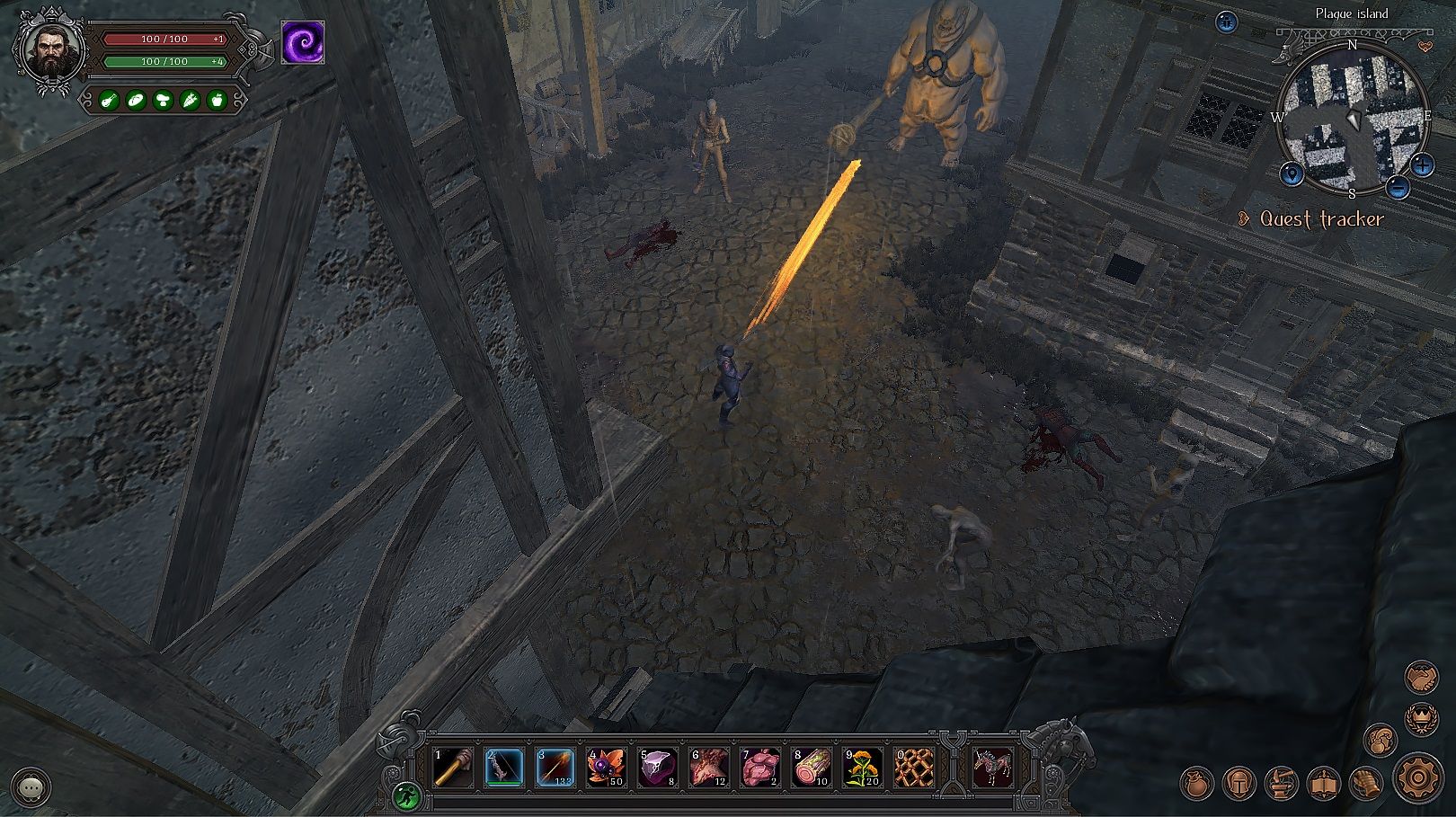 According to a Development update on the Wurm online Forumsthere was a management change, with Samool stepping down and Keenan taking over as product manager for Wurm online. Keenan is already hard at work on an updated roadmap, among other things.