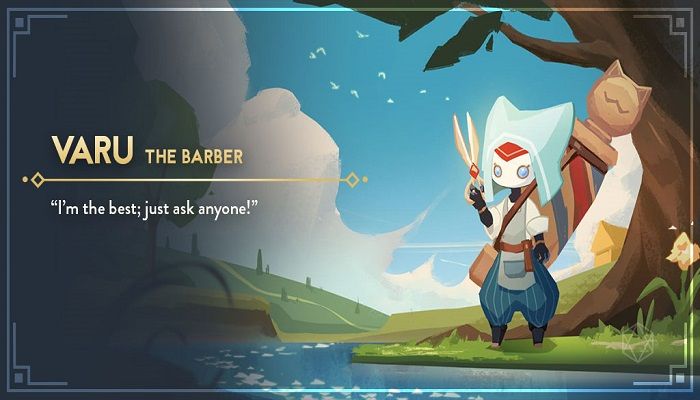 Every week, we scour the internet for all things indie MMOs, so you don’t have to. This week there is less news than usual. Still, it’s a case of quality over quantity – several MMOs have released major updates, an Eastern MMO has opened pre-registration for its Western launch, and a developer has secured funding. of $22 million. So let’s stop wasting time and get started with this week’s Indie MMO Spotlight.

On Thursday, Clockwork Labs announced that it had secured an additional $22 million in funding to further develop BitCraft. The funding will be used to bolster the team with additional engineering and programming talent topping the list. The funds will also be used to continue the development of new database technology that will power the game.

A new update this week added the Marketplace to the Broken ranks world. The developers have made it clear that this is not an auction house and that items will only be bought and sold at fixed prices. With the Basic Market, players will be able to post up to 10 items at a time for up to 7 days. There’s a Buffed Marketplace that increases those limits to 100 posts and a 30-day duration, while cutting posting and selling costs in half. There were other changes and bug fixes in the update, so be sure to check out the full patch notes here.

It was another busy week for chimeraland. Along with Phase 2 of the server merges, it was announced that chimeraland is now available on Steam. Proxima Beta has also opened pre-registration for North America and Europe.

The Cycle: Frontier received its first pre-season patch this week. Executive producer Jonathan Lindsay posted a developer update video covering the patch and community feedback from the first week of release. Our very own Shane Breton tried out the Prospector Lifestyle and shared his first impressions with us this week.

Novaquark has shared a preview of the upcoming Mercury update (0.30). The update, which should arrive this summer, will include new features such as the Alioth Exchange, Novean Overview and an updated LUA API, and players will receive a talent reset for each of their characters. Each player will also receive a Summer DAC, which can be gifted to a friend to grant them a month of free play.

A new patch went live on Thursday. The patch notes include mage staff upgrades, re-enabled raids, and an update to the Aerhen continent.

Developer Heleor stopped by the RetroMMO Twitch channel where he discusses Genfanade with Evan Norton, creator of RetroMMO (which is now the newest addition to the IMS). An update has also been made to the Genfanade Kickstarter to add new support goals.

The weekly update comes in video form this week. The video covers the final stages of version 1.0, which includes the overhaul of the world map and changes to guild content and State of War Sieges.

A new patch will go live on Tuesday, June 21. The patch will feature the return of the Summer Festival (complete all pending Spring quests ASAP!) as well as a few new quests. You can read the patch preview here.

INSANE took to Twitter to show off some of the weapon designs they’ve been working on. The weapon models, which range from utility to magical exotic, all seem to have the potential to cause significant damage to your enemies. And while I’m still fond of a nice battle axe, this cleaver looks sick. What is your favourite?

Hey, Community! Check out some of the weapons we’ve been working on that you might see during Alpha (and testing). Alpha assets. pic.twitter.com/bxYdm2Ds1c

Alpha phase 5 has started with several game sessions planned until July 4th. The session will include a new tutorial, the new reputation system and the new arena system, and much more.

The Celestial Throne update (and subsequent patches) went live this week. The development team is also looking for player feedback. you can add your comments by completing this survey.