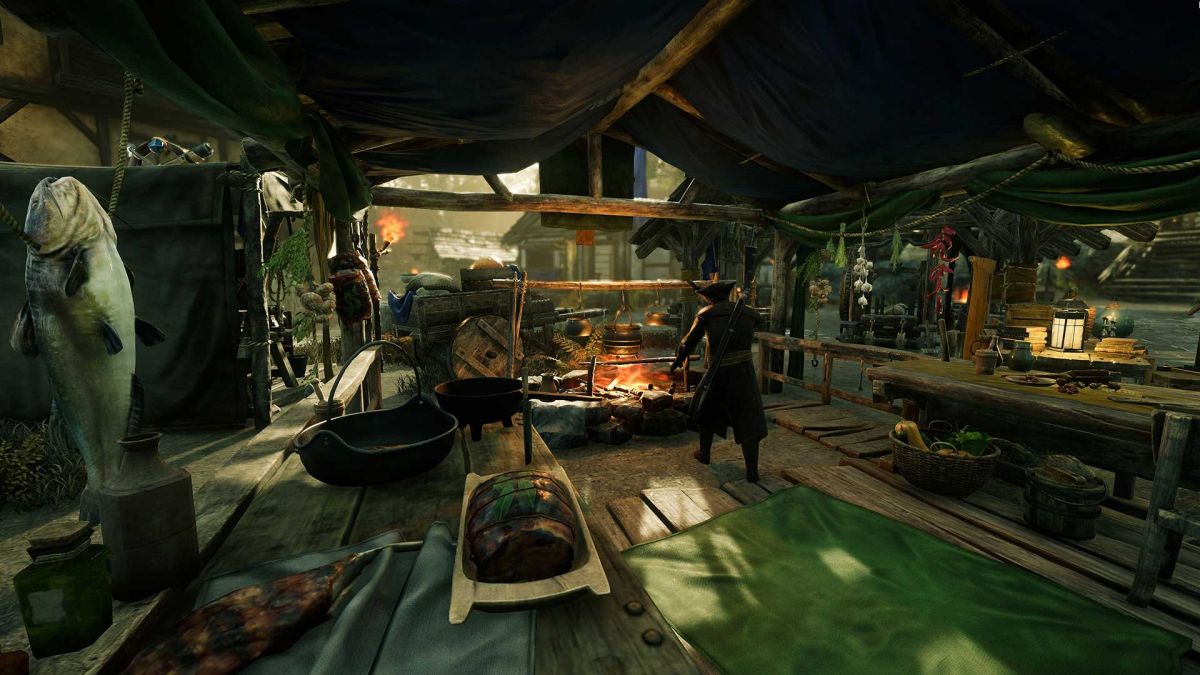 When I first saw New World – an MMO about exploring and conquering a magical island – it seemed more of a survival game, but since then it’s moved into more typical MMO conventions. You will not die of thirst or hunger, for example, even if you will want to eat.

In a new blog post today, Amazon Game Studios reviews New World items, including the food and drink feature. The system hasn’t changed since I last saw the MMO, but I still find the way RPGs handle food interesting, so the details are worth repeating.

A good meal in the New World will heal you and give you passive health recovery that will constantly nourish you both in and out of combat, as well as increase your Constitution, adding to your base health. Very good food can also “increase your defense against certain enemies, improve your stamina recovery, or even temporarily refine a crafting skill”, as a few examples.

Magical tinctures will help when you need a few hit points in a pinch, but having passive combat healing is a buff I can’t imagine you would want to leave town without. I like that, at least on the face of it, eating won’t just be something you can ignore.

The post also goes over potions and tinctures (potions give you lasting effects, while tinctures give you immediate effects like instant healing or curing a condition), weapon skins (bonus from damage against specific enemy types) and the equipment you will craft or come to the other side. It wouldn’t be a modern MMO without legendary items, and they’re represented – most will be found by “engaging with the most dangerous and difficult enemies Aeternum has to offer”.

My last hands-on look left me feeling like there’s potential in New World, though I’m still wondering if it’s doing enough to stand out. The food looks good, as do the swords, but as each new blog post pops up, I’m still not sure what the hook is.

Admittedly, that might be enough to release a $40 MMO that works well and features the type of action RPG combat that’s popular these days. We’ll see if that’s the case in a few months, or if I’m missing something that gives New World more edge. (And hopefully it has more perks than Amazon’s other new game, Crucible.)

New World will be released on August 25.