Have you ever returned to an MMO that you simply couldn’t access before? 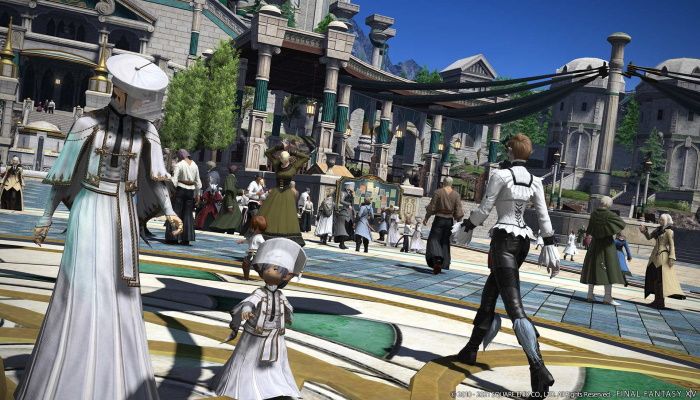 Final Fantasy XIV. I just couldn’t get into it initially.

It also sucked because all my friends were raving about this MMO, talking enthusiastically about how it changed the storytelling of MMORPGs even more, but I felt like I was banging my head against a wall trying to force myself to enter the Japanese MMO.

When Shadowbringers launched a few years ago, I tried again, this time with friends. Me (and a friend who really wanted me to play) spent money and boosted a character only for me to fall pretty quickly.

However, two years later, it’s the only MMORPG I want to play right now.

I’m not sure anything has really changed for me either. The MMO is still, by and large, the same as before, with obvious content additions and quality of life changes too, of course. But a major change in the way I was playing when Endwalker released late last year, as well as a renewed desire that I should at least have a working knowledge of a major MMO we’re covering spurred me on.

Part of the problem before, which I wrote about a little over a year ago now, was that I wasn’t sure I really enjoyed my time when I was playing. Part of that was, I think a lot of it, my surroundings. I often stopped working and went to play FFXIV at the same desk where I’ve been sitting/standing all day. This had a mental impact because there was no real separation between work and leisure.

And while covering and playing MMOs is part of my job, it shouldn’t overwhelm every time I jump into a game we’re covering.

Obtain Final Fantasy XIV: Endwalker on PlayStation 5 when it launched, I feel like it changed a lot for me. While I still obviously try to glean editorial inspiration when performing, it’s no longer at the forefront of my mind. I can sit down there, boot up the PS5, and just explore. Learning the controller was a bit of a mental workout (and for my fingers) but as I play more and more it’s becoming the only way I want to play.

I probably still don’t want to register as a healer in the homework finder, but it does the job.

It got me thinking, though. How many other MMOs have I gone back to after months or years of not really clicking? Often I know right away if I’m going to drop an MMORPG for some reason. For crevasse it was mainly because I was just more interested in The Elder Scrolls Online at the time I started playing with some friends. Conan’s era I saw all my real friends come back World of Warcraft and I gave up when I didn’t like the solo (more The Lord of the Rings online always dominated my life). I revisited some of the games I gave up (I revisit Guild Wars 2 this weekend, actually). But Final Fantasy XIV was the first one that I really got excited about on the second or third attempt.

So what about you? Do you even try to revisit MMOs that just didn’t click with you to begin with, and what inspires you to? Do you find yourself enjoying them after revisiting them, or do you keep “no” coming and going to your favorite MMO? Let us know in the comments below.