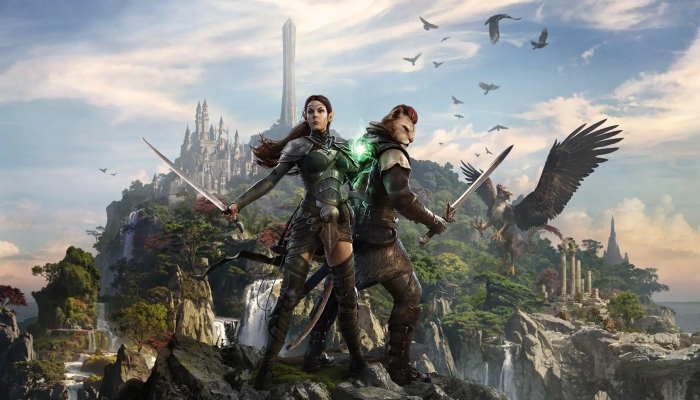 I was scrolling through Twitter last week when I spotted a Tweet from a friend of mine that got me thinking about how I play games. The Tweet, seemingly innocuous at first, got me thinking about a scenario that has rarely occurred to me in my time in MMORPGs over the years: starting over.

I don’t mean starting an alt, but rather starting from scratch, whether on a new server and moving forward without established characters or friends, guildies and more to help you on your way. Or even start a new MMO on a completely new platform. That’s exactly what my friend who sent the tweet is doing – launching an MMO in which he spends hundreds of hours on one platform for another completely.

I must admit I was curious about this when I first read the tweet. I’m someone who struggles to fully level an alternate character, let alone want to start completely from scratch, but the prospect intrigued me and made me think of times I’ve done this organically over the years.

I played Runescape first return in 2004 with a friend of mine almost religiously. My first computer was originally supposed to be when I finally played Baldur’s Gate 2 after bricking my brother’s PC, but instead found myself roaming the world of Gielinor with my friend Brad. We’ve spent hours crafting law runes for people, fighting enemies, or just mining to increase our wealth. It was great until we were disconnected thanks to our lives leading different paths (military moving families sometimes will).

Recently, however, I have felt like diving back into Runescape after what feels like a lifetime. However, I can’t remember my old account information for, well, the life of me. It had been over a decade since I last logged on, so I found myself in the tutorial area, learning the ropes in Old School RuneScape again.

The idea of ​​starting over in an MMO I knew I had already spent hundreds of hours in was daunting at first, especially after missing out on so many updates and additions over the years. It didn’t take long before this daunting issue overwhelmed my desire to play, even though I still log in weekly to take care of my character.

Another recent example was when black desert hit PlayStation 4 and crossplay was opened up between PS4 and Xbox One. I have BDO on all platforms, but I mostly only played it on PC. Still, I ended up with a group of friends who wanted to play, and they only had consoles. After spending some time deciding if I wanted to start over, I found myself creating a Shai on Xbox to play alongside them.

I had played on console before – I must have written about it before that of course. However, it was different. I wasn’t jumping on a character to discover a new feature and then move on, or to find inspiration for an article. I was starting from scratch, deciding that this would be the new platform I would play on black desert on, but mentally abandoning my PC characters.

This however did not last long. My friends got into other MMOs (The Lord of the Rings online, in fact) and I couldn’t part with my list of PCs – especially when the Sage came out early last year. However, it made me wonder whether or not I would start from scratch somewhere other than PC.

Well, this weekend, inspired by my friend, I picked up the PS5 upgrade to The Elder Scrolls Online.

It’s an MMO I’ve played since it launched – it’s one of the games that launched my career as a journalist actually. However, even though I played it on PC, Xbox, and Stadia, I never gave up my PC version in favor of another. I always knew my PC characters would be my main way to play, and the Xbox version was just a way to get a ESO repair when I no longer wanted to sit in front of my PC.

However, playing this on PS5 this weekend kind of inspired me. I play it as a whole new class and race – Dark Elf Stamina Nightblade against my Templar and Necromancer builds on PC – and my girlfriend is even involved in the story a bit as we sit in the living room over the weekend . together. It’s a bit daunting though, starting from scratch where I don’t have a crafting character that can do everything my new toon needs, or an established friend and guild base to draw on if I have need help in a dungeon. I feel like I’m playing it for the first time.

I don’t know how long this feeling will last or if I’m going to stick with this long term, but it makes me wonder how often this happens to people. Over the years, MMOs have come and gone. New classes mean new ways to play, and while I think many players would just start an alt on a server where they can support the new character, I’m curious if anyone starts again, wading through the waters of his favorite MMO as if it were their first time again. Let us know in the comments.