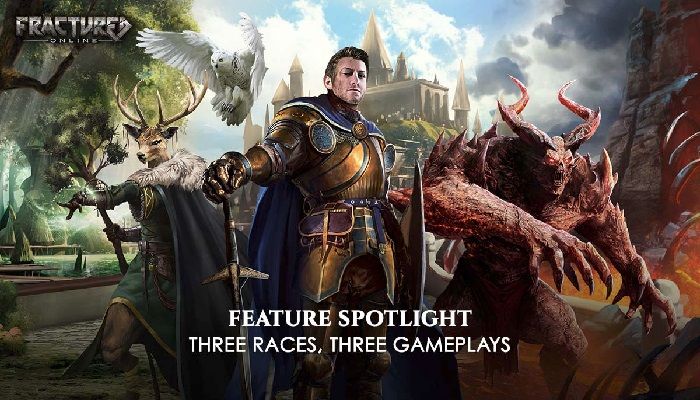 When it comes to choosing your race in an MMORPG, fractured online wants to shake things up a bit and make the choice deeply meaningful, instead of what can sometimes be more about what you look like, wear, and areas you start in. The team at Dynamight Studios has released an overview of the game’s three races, who they are, and what it really means to choose each one.

When you choose a race in this game, making that choice means a lot. This affects the planet you start on, including the different environments and resources available to you in the early parts of your adventure. it also means what kinds of abilities, spells, and even crafting skills you’ll have access to. it doesn’t mean that others are completely closed off, but because you’re not as tuned in, it would take a lot more effort and achievement to perfect. Race choice also affects the appearance of your villages and towns, including the types of buildings you can have and the NPCs you can hire. It also determines the type of society you come from, including the approaches you take to morality. Choosing different races also gives you different gods and how those gods may have a role in what you do. And it also affects how other races see you.

The Wildfolk are bipedal, animal-inspired peoples who hail from the lush planet of Arboreus. They are a peaceful, tribal people who prefer druidic magic. They can also transform into the animal they are modeled after for a short time. Humans are inquisitive, inquisitive and have access to great technological advancements. Their society is feudal, and they are flexible in their ability to train in combat and magical skills. Humans also have an underside of society, where anarchic guilds exist.

Demons, you might guess, are the most potentially lawless of the three races. They terrorize other races and frequently seek war and battle. They are naturally evil in alignment and are at home on the planet Tartaros, which was created for them to be relegated to after the Sundering. Demons are actually the race that can move around the easiest, but they must return to Tartarus after a while as being away from home can weaken the demons.

For a full rundown of the races, including which families you can choose to base characters on under each race, head over to fractured online.