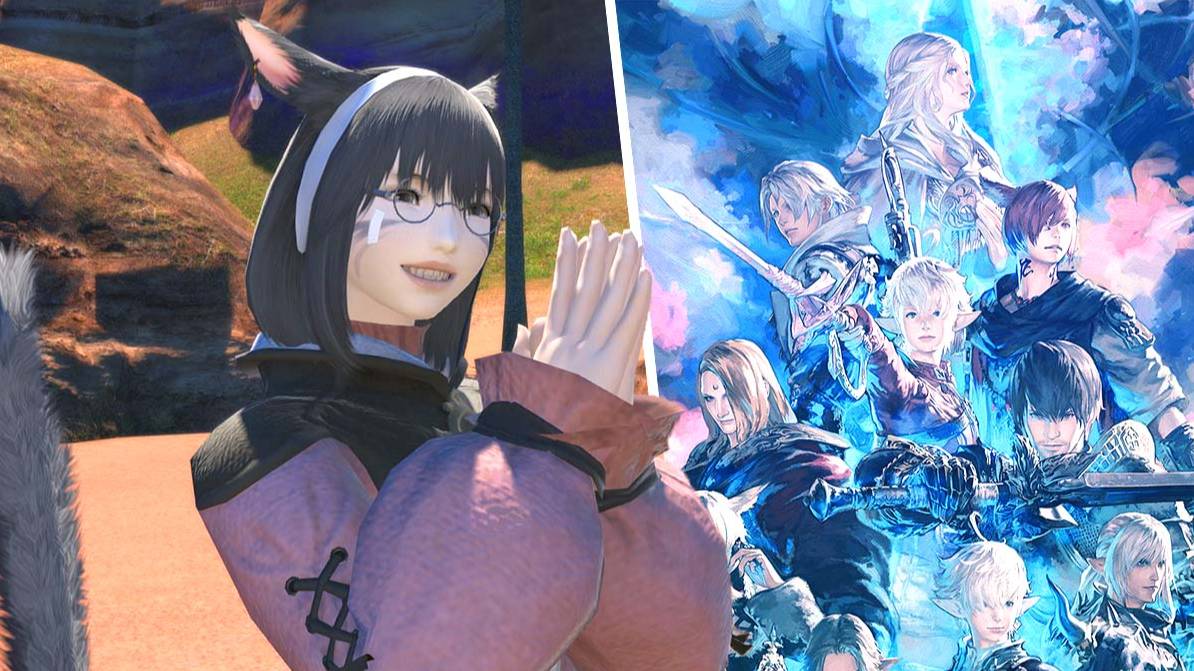 I played a lot of different games in my time. Although I’m a big fan of JRPGs, and if I could only play one genre of games for the rest of my life, I’d pick these big woods pretty easily, I like to think I gave a range quite a variety of things are going well.

That said, if there’s one genre I’ve never been drawn to, it’s MMOs. Despite the countless options available, offering hundreds of hours of engaging gameplay, interesting stories, and varied settings, I’ve always had a dislike for them that’s really quite hard to justify, now that I put those words on a page . It always seems like there’s so much going on at once – screenshots often show screens containing more UI than actual gameplay, with player names littering the remaining space. And the menus. Oh, so many menus. In short, the experience has always seemed totally off-putting to me, and I have never wanted to give it a try.

Check out the trailer for Final Fantasy XIV: Endwalker extension below.

However, if anything can convince me to give a game a try, it’s by slapping anime art style on the front, and hence, I decided to give Final Fantasy XIV online a whirlwind. Alright, alright, it’s not explicitly anime, but there are cat-girls, and that’s pretty close for me. The title, of course, isn’t new – it first came out in 2010, before being revamped and re-released in 2013, so yeah, I’m over a decade late to the party. But that’s the magic with FFXIV – it is constantly updated with new content, so it has absolutely not become stagnant during this period.

At the start of the game, I was tasked with creating a character – a deceptively simple task. With the nearly endless options to tweak just about anything, I’m not afraid to admit that I spent a good hour on this page alone, trying out the different options. In the end, I settled on an Au Ra girl – who appears to be a partially scaly dragon, with a tail and horns – which looks a bit like me if I were an anime character and not fully human. That is to say, she is blonde with blue eyes – exciting, I know.

After scouring through various fantastic name generators and finding a suitably pretentious name, Celeste was ready for action, and immediately it became apparent that my fears about MMOs might be well founded. The screen was seemingly swarming with hundreds of other players (all with equally fanciful – and outlandish – names), and upon accessing the main menu, I was overwhelmed with the amount of options to click on.

Deciding to ignore that for now and move on, I focused on starting the main quest, as well as the dozens of side quests scattered around the map. Turns out the people of Gridania (the forested city-state I first found myself in) have a whole bunch of odd jobs they want to do – from showing a bunch of squirrels who’s boss, to, uh, bow to another NPC? Fair enough.

At first it didn’t seem like I was really progressing through the campaign – even the main quests seemed to be about doing small favors for people, not really doing much to explain what was going on or what my mission in this mysterious world was. . This, combined with the complex user interface that I kept clumsily navigating through, with very few clues as to what I was supposed to do, put me off a bit. I didn’t realize that was going to change soon.

Refusing to give up so easily on a title I knew so loved by millions, I pushed on and found myself with a friend, of sorts. As I made my way through a cave of Bog Yarzon (creepy guys inspired by long legged daddy) I was joined by another player called Arya, who I can only assume had been playing the game for a little longer than me. . They followed me through the cavern, helping me take out the group of enemies with ease, almost serving as a bodyguard as I rushed to collect items I needed for a quest. Arya, whoever you are, thank you for your service and patience as I slowly inflict damage with my rock magic.

Although I had seen countless other players running around the world of Eorzea, this was the first time I felt that sense of community that fuels FFXIV. I love the idea that others can so easily protect each other and offer a helping hand – the world I found myself in suddenly felt so much more vibrant and full of life (which, of course, actually is). From then on, I made it my mission to participate in other players’ fights where I could too.

That’s also when I started getting more into the story – crystals can talk now, apparently, and Chocobo egg theft is a much bigger problem in this world than you think so. I realize that at the time of this writing I have barely scratched the surface of the many scenarios FFXIV has to say, and I haven’t been close to experiencing all the gameplay has to offer either, but I think I’m starting to get a feel for what it’s all about. It’s so easy to jump between quests, help NPCs and real players, and explore the world – time can fly so fast, I can see how people ended up investing hundreds , even thousands of hours of their time in this title.

That said, dear reader, I must admit that during all these hours, the countless menus still baffle me. I still don’t know what most of these options do, and at this point I’m afraid to ask. But you know what? I’m having too much fun to care. If there’s one thing I learned from my brief introduction to Eorzea, it’s that there’s a lot more to life than looking at settings, and getting bogged down with the existence of a tab emote won’t help anyone.

Final Fantasy XIV Online has been tested on PlayStation 5. Test code provided by the publisher.