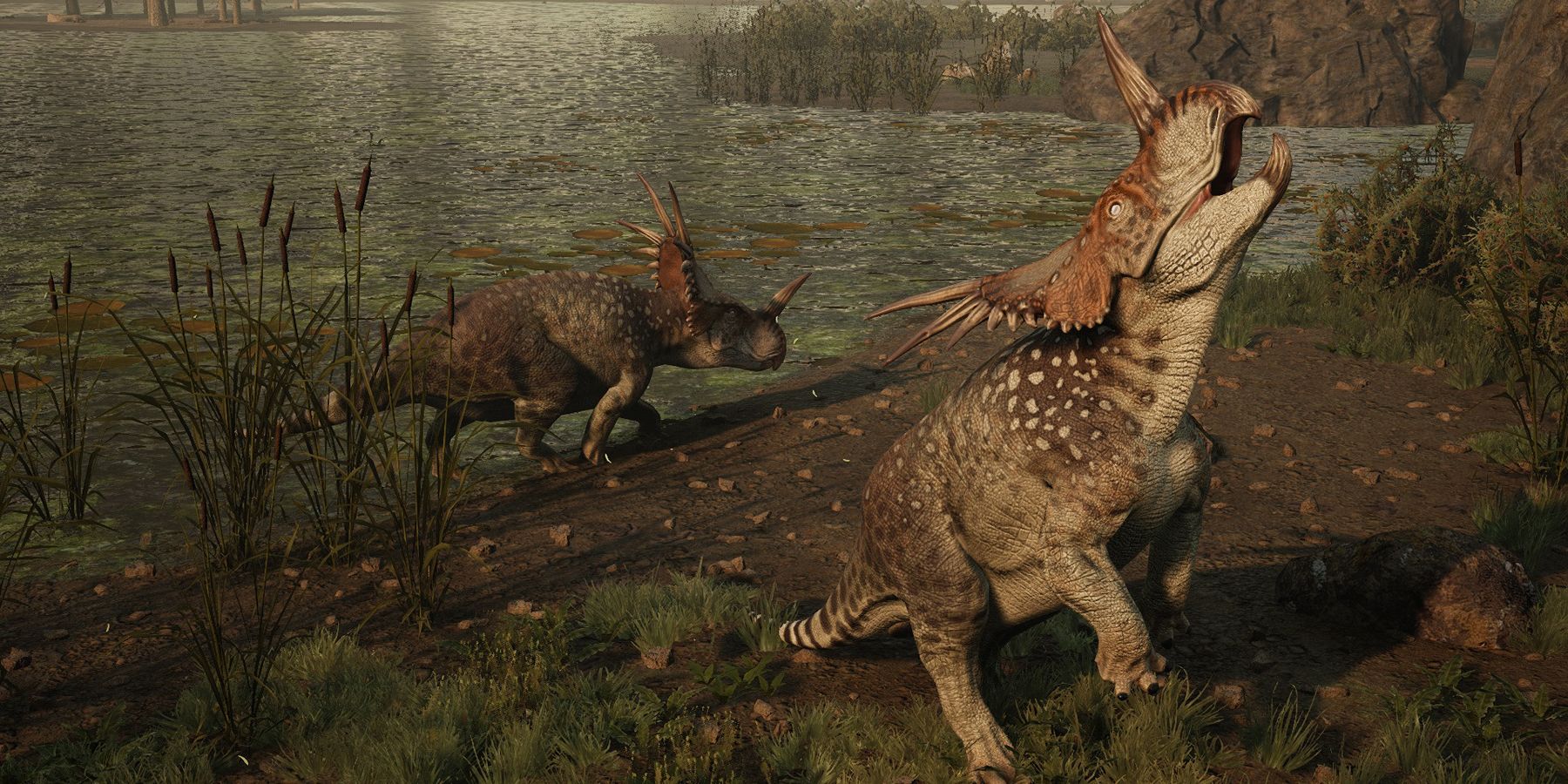 There’s undeniably something cool about giant reptiles weaving their way through the dense foliage of a prehistoric rainforest. So it’s no surprise that dinosaurs and video games go back a long way, and even the specific pitch of a dinosaur survival MMO isn’t unprecedented. However, while something like Ark: Survival Evolved sees players battling or taming prehistoric beasts, indie MMO Path of the Titans lets dinosaur fans role-play their favorite giant reptiles.

Developed by Australian studio Alderon Games, Path of the Titans recently released for PC, iOS and Android. However, the dinosaur simulation game won’t be exclusive to these platforms for long, with the developers announcing the launch of its next console edition. Xbox and PlayStation users will be able to jump into Path of the Titans when it releases for current and next-gen consoles on July 27.

Alderon Games Announced Path of the Titans‘ console release date coming with a new trailer. It features the lineup of playable dinosaurs visiting a swampy watering hole, along with various other examples of Jurassic flora and fauna. The trailer pays special attention to the new Tyrannosaurs Rex, which also joins the game on July 27. The hulking lizard certainly has a commanding presence, but the trailer also shows how the T. Rex isn’t the absolute ruler of the jungle. The towering Triceratops more than holds its own against the bipedal predator, while the crocodile-like Sarcosuchus bides its time before leaping out of the water in a surprise attack.

The trailer isn’t all dinosaur-on-dinosaur violence, of course. Triceratops tend to their young while other dinosaurs drink and splash in the murky jungle water. However, the aquatic ambush predator is a reminder that nature is never truly safe and the top of the food chain isn’t as clear cut as some might think.

The most of Path of the TitansDinosaurs originate from the Cretaceous period, although a few creatures were present from the Jurassic period and earlier. These are differences of tens to hundreds of millions of years, which makes Path of the Titans about as historically accurate as cavemen fending off velociraptors. However, “the rule of cool” seems to be in effect for this multiplayer dinosaur game.

Path if Titans is available now on PC, Android and iOS and will be released on July 27 on PS4, PS5, Xbox One and Xbox Series X/S.

MORE: Every video game release is coming soon for Xbox Series X | S and Xbox One