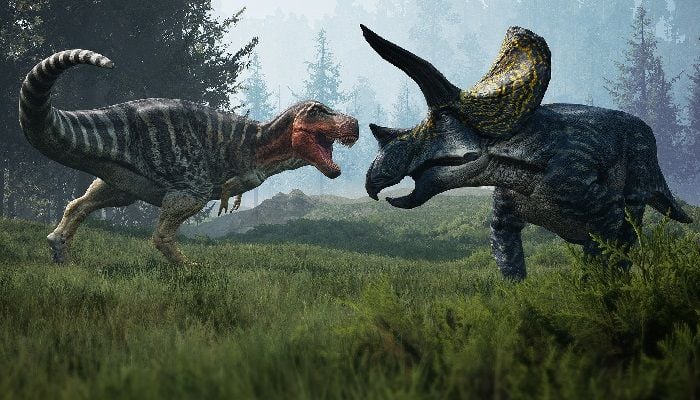 Path of the Titansthe survival MMO where you play as a dinosaur is coming to console, and the closed beta kicks off next week on most platforms on July 27.

You will be able to become a dinosaur, grow from egg to adult, choosing from the growing list of (currently) 26 dinosaur options. Instances will support up to 200 players, all in the environment of Panjura, a land that can be challenging and nurturing depending on how you explore and also avoid danger. You can even upgrade and spend points to progress, even tweak and learn new attacks or other ways to create builds to suit your playstyle. Customization doesn’t end with character creation.

If you are unfamiliar with Path of the Titans, you’ll be able to choose from a number of dinosaurs, unlock skins and other colors, and engage in quests, collections, and even survival game elements like building your own nests. You’ll also be able to gather supplies and fodder, and, being dinosaurs and all, engage in PvP or defend your allies and herd members.

You can also indulge in activities like swimming, fishing, diving and even spearfishing. The Alderon Games team also plans to add a map of islands that have inland waterways and lagoons that will encourage wider play options for dinosaurs that thrive in air, land, and water.

The closed beta will open next week on July 27 on Playstation, Xbox, PC, Mac, Linux, and mobile. The beta will also be coming to Nintendo Switch later this summer.

According to a statement announcing the closed beta and console crossplay options, Alderon Games co-founder Matthew Cassells mentions that “the addition of console platforms [and cross-play] will bring a lot of new players into the game, and the addition of newborn T-Rex will make things very interesting around Panjura.”

You can find out more from the official Path of the Titans to place.