Despite Steam’s Ban on NFT and Crypto Games, Some Blockchain MMO Titles Are Still Available 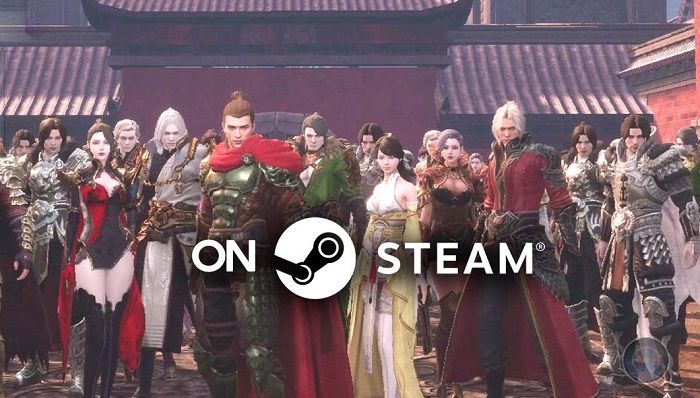 In October 2021, Valve announced that they would ban games containing NFTs and cryptocurrencies from their Steam platform. Shortly after the announcement, a number of games were removed from the store, which had previously been listed or sold on Steam, citing “At the request of the publisher, (the game) is no longer available for sale on Steam.” Yet, despite the removal of a number of blockchain-based games, there are still several, and it begs the question, why?

Blockchain games, a niche once thought to revolve primarily around crypto investors, have slowly made their way into the spotlight over the past year. Whether you like the idea, hate the idea, or just don’t know what to think, it’s clear the industry is divided on what to do about the technology and the trend in its together. Valve decided to ban NFT games from its Steam platform last year, which resulted in the removal of several games like age of rust and The Six Dragons.

We choose to be upfront about blockchain games and NFTs. As a result, we ultimately lost the battle with Steam. While I’m disappointed with the removal of Age of Rust, the fact is Blockchain games as a whole are going to be removed. It’s a setback for all.2/4

Many thought that Steams stance on removing blockchain games was a rebuke of the technology, or perhaps an issue that revolved around the legal implication of making blockchain games, especially in a time where Governments haven’t quite decided whether they intend to regulate the currencies, incorporate them, or outright ban them. However, when you look a little closer, you see that Steam hasn’t banned all blockchain games entirely, with several still listed as free-to-play, along with a host of others listed as upcoming titles. anticipated.

An example of this is MIR4. WEMADE’s cross-platform MMORPG released in August 2021. According to Steam’s updated integration policy, games that violate distribution rules and guidelines should not be released on the platform. One of these rules specifically states:

“Applications built on blockchain technology that issue or enable the exchange of cryptocurrencies or NFTs.”

MIR4 falls into this category in different ways. Players can earn Darksteel and smelt it into a currency known as Draco, which can be sold for Wemix Credits, which can optionally be sold to a cryptocurrency exchange. Players can also create characters as NFTs and sell them to other players. This process isn’t exactly hidden either. In fact, when installing MIR4 on Steam, it is clearly stated in the EULA that you agree to their use of content based on blockchain technology, including the use of digital assets such as NFTs.

We provide content based on blockchain technology in conjunction with services from third party companies.

To use blockchain-based content, users must agree to a third-party company’s terms and conditions and complete membership registration to use it.”

MIR4 isn’t the only blockchain game on the platform that seems to be getting a pass. CSCWhich means Crypto Space Commander, is a game from Lucid Sight Inc. that uses blockchain. Similar to MIR4, CSC does not hesitate to list their blockchain-based roots.

“CSC is an open-universe, sandbox-style space MMO with a player-owned economy. Command spaceships and earn digital items to buy, sell or trade without limits inside and outside the game universe. Experience a Play-to-Own economy in the open market that offers true ownership and freedom.”

Undoubtedly, these aren’t the only games seemingly getting a pass, and one tends to wonder if the free-to-play nature of these games somehow provides a priority to look away from. Some upcoming games have also listed themselves as Early Access titles on the platform. Games such as Untamed Isles are listed as an early access game, and the team at Phat Loot Studios even offered Steam test keys in their latest 2021 update. The turn-based MMO launched a Kickstarter succeeded in August 2021, where they described a major focus of development as “Gaming first, crypto second”.

“The Untamed Isles focuses on politics first, crypto second and does not require blockchain integration to be played by a user. However, most items and all monsters in the Untamed Isles can be tokenized and can be sold, bought, and traded on the website market in addition to our in-game auction house, allowing players to earn while they play !”

Whether wild islands will actually release on Steam, has yet to be seen, but the issuance of Steam keys is a good indicator that there is a strong possibility that players with a Steam key will be able to continue to update and access the game on the platform throughout their ongoing testing phases.

An argument could be made that Valve is unaware that these games use blockchain, although it doesn’t particularly take a super sleuth to figure that out. Crypto Space Commander for example, they may have changed their name to an acronym, but their description of the game pretty much reveals it. Meanwhile, despite Steam’s “reluctance” to accept blockchain games, other prolific game stores such as Google Play have dozens, if not hundreds, of blockchain games listed, while Epic Games Store said that ‘they were open to listing blockchain games, as long as they follow applicable laws, disclose their terms, and are age-rated by rating groups.

The Epic Games Store will accommodate games that use blockchain technology provided they comply with applicable laws, disclose their terms, and are age rated by an appropriate group. Although Epic does not use crypto in our games, we welcome innovation in technology and finance. https://t.co/6W7hb8zJBw

After months of hosting these “rogue” free blockchain games on Steam, is it possible that Valve is backtracking? Probably not anytime soon, but that doesn’t seem to mean you won’t find blockchain games listed on the platform.

We reached out to Valve and Lucid Sight Inc. via email for comment.