Crowfall MMO purchased by independent game studio Monumental, ArtCraft no longer involved in development or operation of the MMO 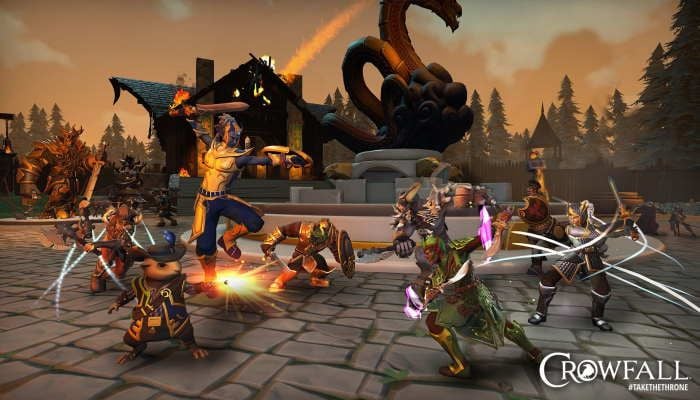 Crowfall, the Throne War PvP MMO released earlier this year by ArtCraft Entertainment, has been acquired by Austin-based game studio Monumental. Terms of the agreement were not disclosed.

In a press release sent late Friday evening, it was announced that Crowfall would transition operations to Monumental, effective immediately. However, the studio promises that there will be no interruption of services.

Although press releases indicate that the Crowfall MMO was purchased from ArtCraft, it is unclear from the wording of the release whether or not ArtCraft itself was acquired by the studio. We have contacted our PR contact to clarify that only the Crowfall IP was purchased by Monumental. [Update 4:49pm PT 12/17/2021]: In an update from our PR contact, Monumental has acquired both the IP MMO Crowfall as well as the whole Crowfall the ArtCraft development team. ArtCraft is working on a new, unannounced project itself and will no longer be involved in development and operation in the future.

However, it looks like both teams will be working on Crowfall moving forward, Monumental CEO Monty Kerr stating that they are excited to “fully realize Crowfall’s lofty ambitions” as a “combined team”.

“As an early backer and avid player throughout its development, I couldn’t be happier to welcome Crowfall to the Monumental family. Gordon brings an extraordinary team of talented and creative developers, as well as decades of experience building and operating MMOs. As a combined team, we are well positioned to fully realize Crowfall’s lofty ambitions. »

Gordon Walton, the president of ArtCraft, says via the press release that he and the team are delighted with this opportunity, congratulating Monumental for having seen Crowfall as more than a “unique and compelling game”.

“Our team is thrilled to join Monumental as they share our passion for Crowfall and his commitment to his future. Monumental sees this as more than a unique and compelling game; it is an online platform designed around player interaction and a perfect platform for experimentation. Monumental Commits Resources to Help Crowfall reach its full potential. I am personally and professionally delighted to join the Monumental team as part of this transition.

Crowfall released earlier this year in July after years of development and crowdfunding, though the MMO has apparently struggled to gain traction since its release. In the months following the launch, Crowfall became freemium, slashing the price to $14.99, while offering a new fast pass to allow players who just want to get into PvP, skipping a lot of the PvE at the start of the MMO.

Our reviewer at the time liked the MMO’s stylized design, as well as the multitude of races to choose from, but felt that the combat – an essential feature of any PvP title – was too rough around the edges. You can read our full review here.