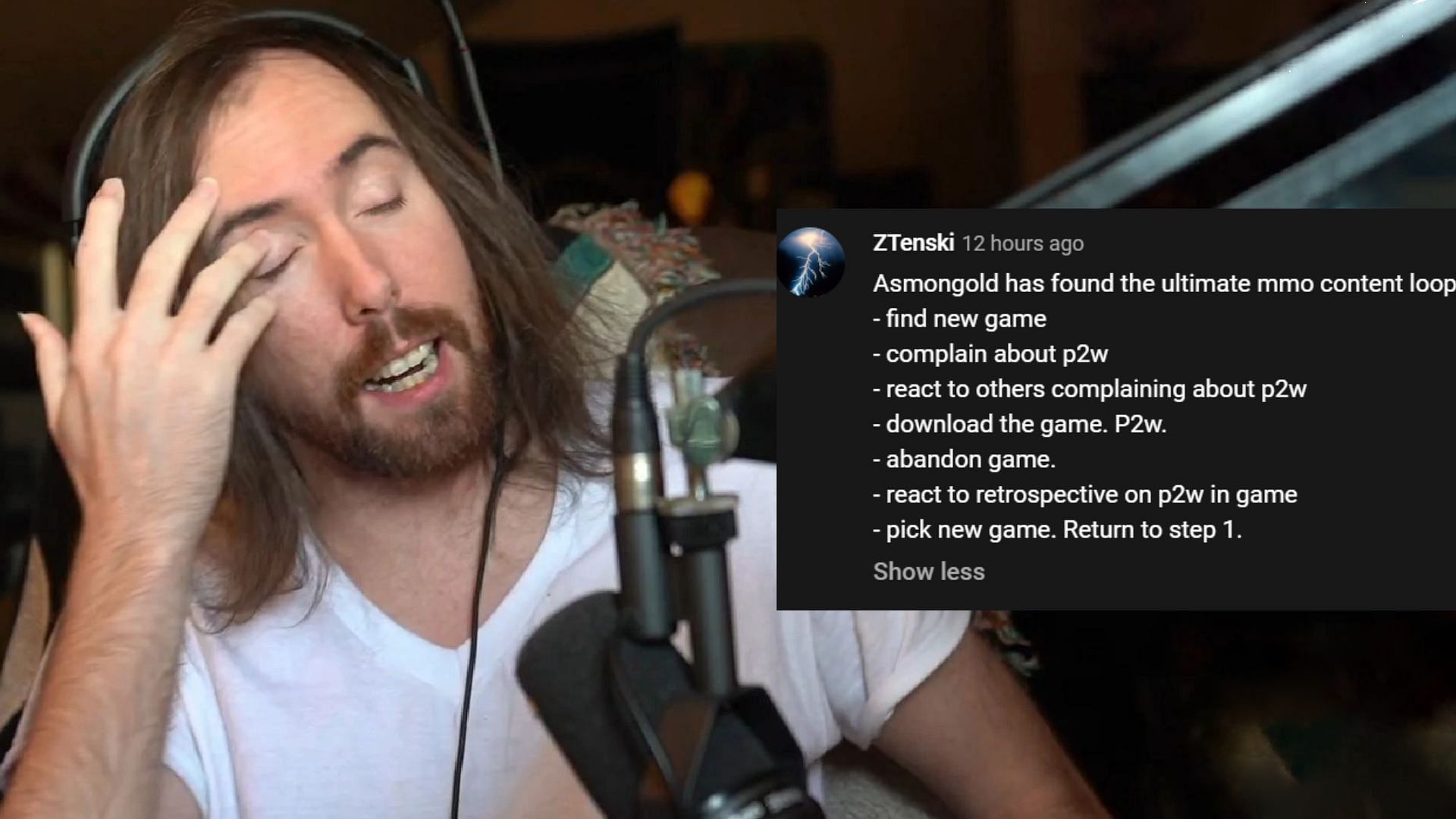 Like many MMO streamers, Zack “Asmongold” has been playing the brand new MMORPG Tower of Fantasy extensively. The free-to-play open-world adventure title took the gaming world by storm as servers were overflowing with eager people trying to connect.

Zack, a notorious reviewer of microtransaction-heavy gacha games, recently uploaded a video to his YouTube channel titled “I spent $500 on this Gacha game…” In the video, he spent a lot of money buying in-game items before lambasting the game’s economy system, saying it was misleading.

A comment noted that the streamer uses similar tactics to review almost all high-microtransaction paid games, such as Diablo Immortal, and gave a comprehensive guide to the review model. Asmongold found it quite funny and admitted its accuracy:

“Yeah, that’s about it. Yeah, so we’re going over everything.”

Asmongold Agrees With Viewer’s Analysis On His Review Tactics

Co-founder of the popular content creation group One True King, Asmongold is considered one of the best MMO streamers on the platform. Famous for his World of Warcraft and Diablo streams, the Texan is known for speaking out against gaming practices he considers predatory.

Vocal criticism of Blizzard and how they handled microtransactions in their latest mobile game, it was no wonder the streamer didn’t like Tower of Fantasy. A gacha game at its heart, which obviously favors players who put more money into the game, is something it has despised for a while.

Calling it a “pay-to-win gacha game,” the streamer had, as in the past, spent a hefty amount of money on the game before giving his final thoughts. His final thoughts, which were mostly negative based on how the game handles microtransactions, fit a pattern defined by YouTube user ZTenski:

“Asmongold found the ultimate mmo content loop. – find a new game – complain about p2w – react to others complaining about p2w – download the game. P2w. – abandon the game. – react to the retrospective on p2w in the game – choose a new game. Go back to step 1.”

In his most recent stream on his alternative channel “zackrawrr”, the streamer read the comment and wholeheartedly agreed, stating that’s exactly how he rolls. He reportedly spent nearly $350 on his first Diablo Immortal stream and later criticized the game for using anti-player features like timed events.

And he did the same in Tower of Fantasy, shelling out $500 on the game before describing his monetary system like this:

“Like I said, this sh*t should be illegal… I don’t think you should be able to have games that work that way… Yeah, I’m not a fan. I think it’s is misleading and consumer unfriendly and wrong…”

He further explained the gacha system as follows:

The Gacha system in the game is known as Special Orders, which follows simple banner mechanics with pity concepts like other gacha titles such as Genshin Impact. This is where the gambling aspect of the game comes in as an investment, which greatly increases the chances of getting better items. This could potentially help the player get through the game faster, making it pay to win.

YouTuber Jeff Shen even added another point to the chart:

Gacha games like Genshin Impact are hugely popular around the world, and Tower of Fantasy is expected to be the next big thing in terms of free-to-play mobile action RPGs. Find out how to download the game here.