An MMO for the casual gamer 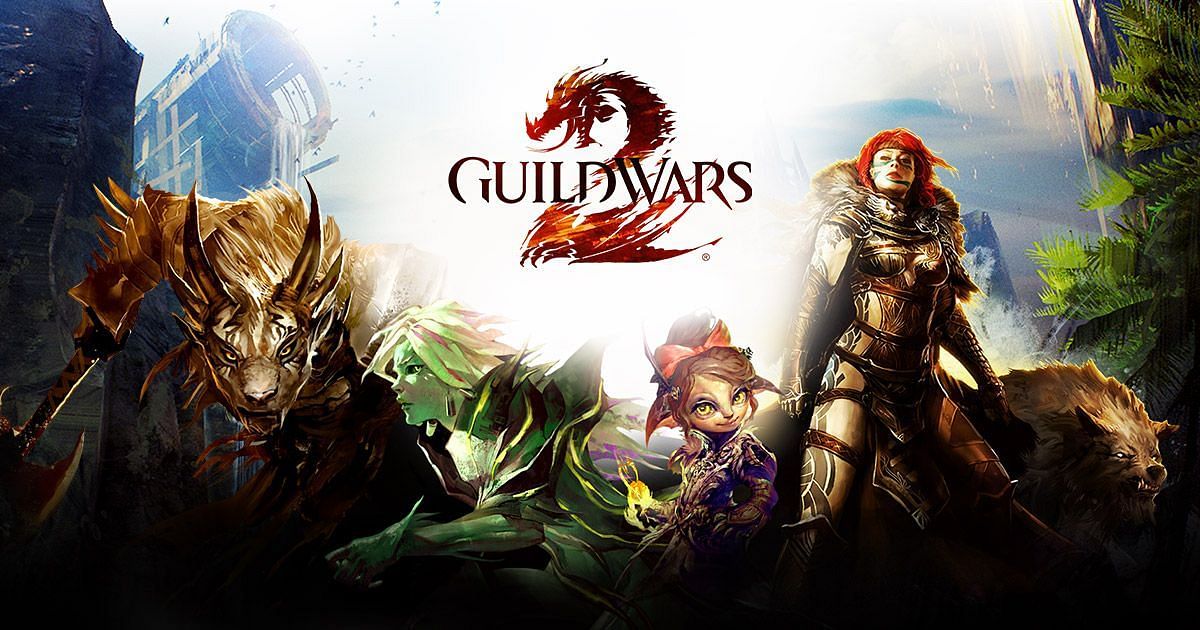 Guild Wars 2 is a name that gets overlooked in conversations about MMORPGs. However, he still stands tall and promises a brighter future than ever. Created at a time when most MMORPGs were designed to “kill WoW”, Guild Wars 2 chose to follow a different path.

Instead of being direct competition, ArenaNet offered alternatives to proven methods. As gaming enters a new decade, there’s no better time to watch a game that chooses to be different.

From guild wars to dragons

Before talking about Guild Wars 2, we must address the elephant in the room. World of Warcraft came into everyone’s life in 2004 and refused to leave. For years it claimed the throne of the biggest MMORPG in the industry.

Thus, every other ambitious MMORPG released after 2004 went through the cycle of being called “WoW’s killer”, subsequently failing to live up to that expectation. This is where the story of Guild Wars 2 begins.

The game entered the development pipeline in 2007. This was done after ArenaNet decided that a six-month content schedule for Guild Wars was getting tough.

The developers sat down and thought of a game from scratch. They envisioned an MMO with a focused approach to player interactivity and story-driven gameplay.

To bridge the gap between Guild Wars and Guild Wars 2, ArenaNet has released an expansion and some short missions for the first Guild Wars, titled Eye of the North.

Although much of the story has remained unexplained to this day, Eye of the North played an important role. He finished the details before the devs headed for a modified Tyria.

Throughout the development phase, Guild Wars 2 was to have multiple showcases and betas for players to see and play the game and understand. The first presentation of the title’s trailer, alongside the official announcement, took place at Gamescom in 2009.

With work progressing smoothly, ArenaNet developers and executives were firm in their position for a post-2011 release. After completing closed alpha and beta testing in 2011, the game was ready for worldwide release on August 28, 2012.

Users who pre-purchased were able to play from the 25th.

Your Tyria, your choice

ArenaNet’s commitment to keeping things simple and concise has been evident in every aspect of Guild Wars 2. The game respects veterans and hardcore players while providing a smooth learning curve for newcomers.

Thank you #Guild Wars 2 community for joining us for today’s livestream! Guild Wars 2: End of Dragons is available for pre-purchase now. Get bonus items and start the journey to Cantha: buy.guildwars2.com

Thank you #Guild Wars 2 community for joining us for today’s livestream! Guild Wars 2: End of Dragons is available for pre-purchase now. Get bonus items and start the journey to Cantha: buy.guildwars2.com https://t.co/UtoNlYlFwb

Guild Wars 2 ditches the standard quest system for more dynamic world exploration. Quests are designed to help players understand the storyline, characters, and world, instead of leading them into personal vendetta or glory.

Users are encouraged to roam the map doing heart events, finding points of interest, and tackling hero point challenges. Plus, farming resources and tackling fun and perilous jumping puzzles are also part of the experience.

The ace in ArenaNet’s world-building equation is undoubtedly dynamic world events. Some are random, while others follow a chain of events. The pinnacle of these events are the World Boss meta-events.

These require nearly everyone on the map to work together and culminate in a massive boss fight. It’s a spectacular sight when hundreds of players work together to bring down a Crystalline Dragon or build defenses against the forces of an Elder Dragon.

While most games focus on player race, Guild Wars 2’s race system only affects the story. This is done to help avoid favoritism. Instead, Guild Wars 2 allows users to choose one of nine professions that define their class identity.

Departing from the standard MMO classes such as DPS-Healer-Tank trinity etc., Guild Wars 2 diversifies all roles into sub-categories that allow players to branch out depending on the style of play they feel at home in. .

The class identity is refreshed and re-evaluated with each extension.

ArenaNet releases new Elite Specializations with each expansion that radically revamps how they play and introduces a new set of weapon skills, utility skills, and traits.

The combat is very intuitive and responsive yet simple at the same time. Players are offered a wide assortment of traits, skills, and weapons to choose from. Depending on the armament they equip, the usable skills change.

Enemy encounters are designed so that reckless crushing of keys is not a solution. Learning enemy attack patterns and timing, dodging incoming attack and perfectly timed counterattacks is the way to fight in Guild Wars 2.

This responsive yet straightforward fighting style is present throughout the game, from the first mob fight to the dreaded end-game bosses. The game teaches the basics and allows players to learn the intricacies on their own.

Guild Wars 2 is full of quality-of-life changes that permeate the game world. Materials players collect can be deposited from inventory to the bank regardless of their location.

Mounts and gliders make it easier to move and explore. The progression is linear and does not branch out. Users can get better gear from multiple paths such as exploring the world, creating or managing any matchmaking content.

Since the loot is instanced for players, two people don’t have to fight for the last hit on an enemy. Participation is enough to get rewards. This encourages them to help others in battle. Often Commanders will be present on a map if a boss or critical resource is present so everyone can be rewarded.

These are just a few of a host of quality-of-life features that eliminate boredom and keep the game simple.

ArenaNet has created a world where a player’s contribution counts. Regardless of playing time, it makes a difference. A user can quit the game halfway, come back a month later, and pick up right where they left off.

It makes the world personal and respects the player for investing their time and effort. Progress is not canceled either. So when releasing a new expansion or seasonal content, users don’t have to worry about their gear becoming obsolete.

Every experience feels authentic, from the welcoming NPC in town to a random player dancing in a tavern. All this is reflected in the game in the quest journal called “My Story”, which the character writes, not the player.

The main game, seasonal content, and expansions all follow the tale of Elder Dragons rising from their slumber and plunging Tyria into chaos. This overarching apocalyptic event is the catalyst for every little story in the title.

The characters players encounter, races they encounter, enemies fought, and locations explored are all tied to this apocalyptic event. Guild Wars 2 offers a detailed, carefully crafted, and concise narrative that deals with politics, racial injustice, magic, and heroism.

Between expansion launches, developers release more minor content updates that they call ‘Living World Episodes‘. As part of the overall storyline, these small updates focus on the ramifications of a player’s action in the world.

However, they are in no way less important than the main storyline. The Living World releases so far have seen the rise and death of three Elder Dragons, pivotal players in the story.

Along with storytelling, these seasonal updates introduce new cards or update old ones to reflect actions and consequences. It truly represents a living world in its very essence, unashamedly.

End of the dragons

Every fantasy has a conclusion, and Guild Wars 2 is no exception. However, ArenaNet has no intention of stopping even after the death of the last Elder Dragon.

In nine long years, Guild Wars 2 has managed to capture a substantial player base that revels in the simplicity of the activities on offer. Guild Wars 2 introduced new ways to explore the world as a premium feature of an expansion throughout its lifespan.

The developers plan to introduce fishing and sailing as a showcase in their next expansion. These new features won’t be limited to expansion zones, but will be implemented across Tyria, much like the slippery and custom mounts from previous expansions.

In a massive title like Guild Wars 2, there are thousands of things to do, hundreds of things to collect, and just about every activity an MMORPG fan can enjoy. It offers a good experience on the back of an easy to learn and perfect gameplay loop.

Read also
The article continues below

For a game released in 2012, Guild Wars 2 has managed to garner a loyal fanbase that is growing every day. It’s a game that feels familiar whether played daily or two months later. Like all aspects that make it work, Guild Wars 2 is jack of all trades, master of none, and proud of it.