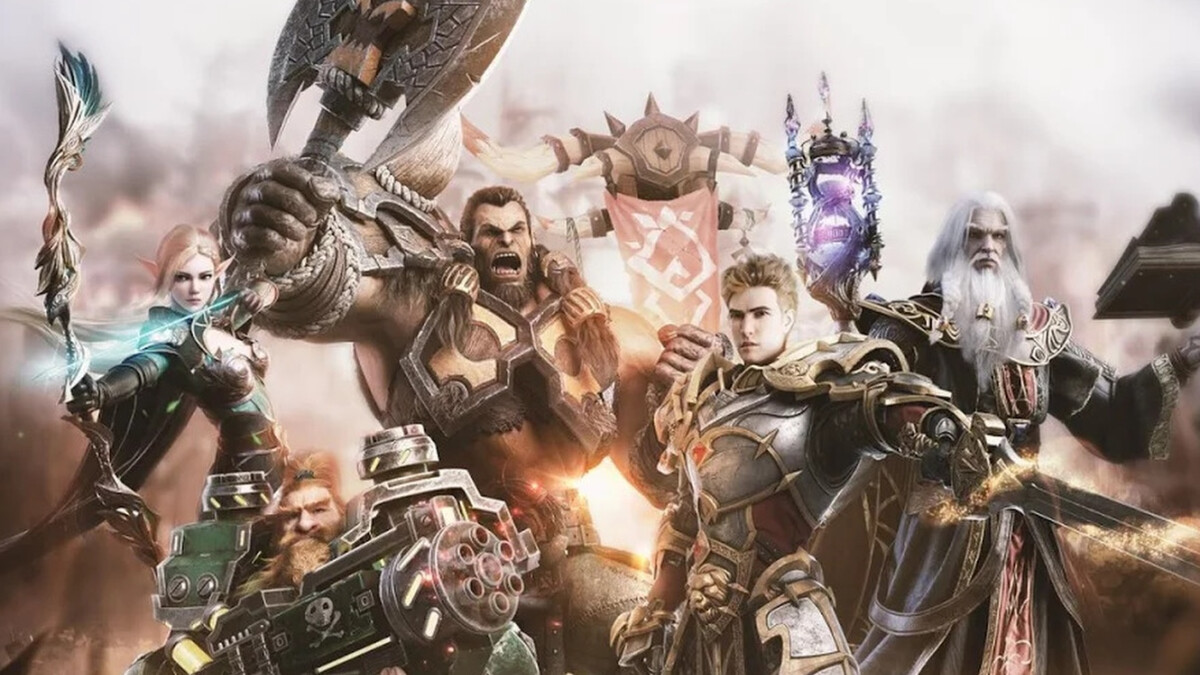 Good MMO games for mobile devices have become increasingly sought after in recent years. A big reason for their spike in popularity is that developers can now create great, immersive console-like games on mobile, thanks to the impressive hardware found in modern phones and tablets.

And while super-powered gamer-oriented phones like the Asus ROG Phone 5 can be quite impressive, just about any modern phone from any brand and in any price range is technically good enough to handle epic MMO games.

Curious what MMO stands for? Let’s explain. MMO is the acronym for “Massively Multiplayer Online”. As such, MMO games always put you in an environment where you can interact with other players. You can gather in groups and guilds, raid dungeons together, complete quests, kill bosses, or face off in glorious PvP (Player vs. Player) combat.

It looks good? If so, check out our MMO recommendations below. Our list contains the best MMO games currently available for iPhone and iPad, as well as Android phones and tablets!

Evil Lands is a fantasy MMO RPG with an environment that resembles those seen in The Elder Scrolls games, namely Oblivion and Skyrim. Apart from the enjoyable visuals and music and the variety of medieval themed maps, players can enjoy a cooperative mode and a PvP battle mode. After choosing the type of hero you want to be – a warrior, a witch or an assassin, you immediately start playing without having to follow long tutorials, because the controls are standard and intuitive. Explore magical environments and dungeon-like forests where monsters lurk, to collect loot and upgrade them.

There may not be World of Warcraft for mobile, but World of Kings is a fantastic alternative. Thanks to its massive open world with epic dungeons and support for up to 25 players fighting together against a variety of powerful enemies, this is a highly addictive MMO RPG.

The game features full RPG elements and nice graphics, intuitive mobile-friendly controls, and a wide variety of races and classes, even pets.

Arcane Legends has been around for a while, but still has an active and loyal community of players. This fantasy action RPG MMO features dungeon crawling adventures, epic bosses, lots of loot to find, and allows players to join guilds.

You can also collect and breed your own pets in the game, play PvP against other players, or play together in co-op mode. Arcane Legends is also among the easiest games to run on this list, which means you should be able to enjoy it even on a budget tablet.

Ragnarok M is a heavily stylized anime MMO RPG based on the 2002 game Ragnarok Online. It features plenty of classes to choose from and full RPG gameplay that is also friendly enough for new players. Fans of classic RPG games will be especially pleased with the look and play of Ragnarok M.

Based on the PC MMO Lineage 2, the scale of this title really sets it apart. Its open-world battle mode allows up to 200 players to fight in real time, while there are also 20v20 and 50v50 competitive game modes.

Players can also gather large groups to attack bosses, while exploring the huge world. If you play with your friends or find someone you like online, you can also create clans and guilds, to facilitate grouping and raiding.

You can choose from several different character classes and races, such as Human, Elf, and Dwarf. This game is also powered by Unreal Engine 4, so if you like pretty visuals, you won’t be disappointed.

If you are looking for an MMO RPG that you can enjoy with all your friends, then try AdventureQuest 3D. This game offers cross-platform support between Android, iOS, and PC, which means you can team up with anyone, even if they’re using a phone, tablet, or computer.

Funnily enough, AdventureQuest 3D actually started out as a 2D Flash web game, but this new take on the classic title reinvents it in 3D. The graphics remind us a bit of World of Warcraft, but with a cartoonish slant. The title features everything you’d expect to find in a good MMO – quests, raids, social features, and PvP battles.

It wouldn’t be a good selection of MMO games without us mentioning RuneScape. The old schoolversion of this all-time classic is now available on Android and iOS. What’s even better is that you can play on multiple platforms. Whether you’re playing on mobile or desktop, you’ll be playing on the same account and game worlds.

As is the trend with most mobile titles, RuneScape is free to play, but there’s also a subscription plan that gets you a bigger world map, eight extra skills, more quests, and more bells. and whistles not available in the free game. stage.

Gameloft’s Order & Chaos series are among the most popular MMO games on both mobile platforms, and for good reason. The first game served as an example of mobile MMO quality, and its successor manages to take everything the first did well and build on it.

This game features an extremely large and immersive world, fantastic graphics, 5 different races and 5 different classes to choose from, and everything needed for a complete fantasy MMO experience. If you only try one mobile MMO, Order & Chaos 2 is definitely worth your attention.

The Dungeon Hunter franchise is highly regarded in the mobile gaming world. However, in case you haven’t heard of it, let us introduce you to one of the most popular hack’n’slash titles to ever land on smartphones. Dungeon Hunter 5 is not an MMO game in the classic sense of the term. Instead, it relies on co-op and asynchronous multiplayer, similar to other mobile titles such as Clash of Clans. During the single-player campaign, you acquire different assets to place in your own dungeon for other players to loot. Your dungeon also includes an AI-controlled version of your own character, so if you’ve developed your base and character enough, you might just fend off other players and protect your gold.

Other than that, Dungeon Hunger 5 plays much like a classic hack’n’slash, with polished graphics and quite entertaining game mechanics.

If you like anime, Toram Online will definitely please you. The different art style is far from the only thing that sets this game apart from the typical mobile MMO, however. First off, we have to say that Toram Online offers an incredible amount of customization options, so if you’re the type of person who likes having a unique character, you’ll definitely appreciate all the cosmetic stuff crammed into this title.

The flexibility of Toram Online doesn’t stop there – the game features a classless system where you can create your own custom build and playstyle, combining different skills, stat attributes, and weapon types. Finally, the storyline is filled with cutscenes and dialogue, which makes it quite immersive.

Finally, we have an interesting independent proposal. Rucoy Online may not feature the stunning graphics of Lineage 2, for example, but it can certainly be charming for nostalgia seekers yearning to play something akin to the SNES version of Legend of Zelda. The combat mechanics are pretty straightforward – you just tap whatever you want to kill or interact with.

On top of that you have your standard upgrade, skill, and loot systems. What’s interesting about this game is that you can instantly switch between the three available classes – Knight, Archer and Mage. Unfortunately, as of June 2021, Rucoy Online is still not available on iOS.